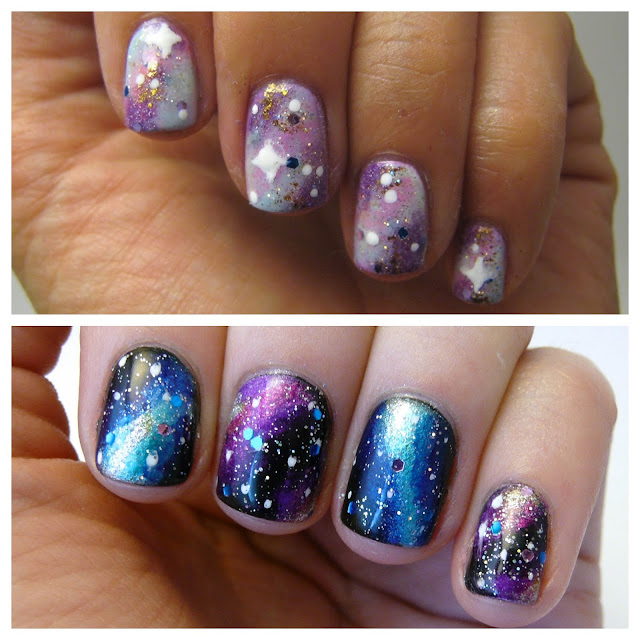 Hey guys! It's Lisl.  So Arden and I have been back and forth crazy traveling all summer and have not gotten a chance to do a proper Nail Art Nail-Off in a while.   But we did it; we did it y'all!  For this Nail Art Nail-Off, Arden decided to go a more traditional galaxy route, and I decided to try out Nailasaurus' pastel galaxy nails!

This manicure takes a lot of nail polish. Like a lot. See? 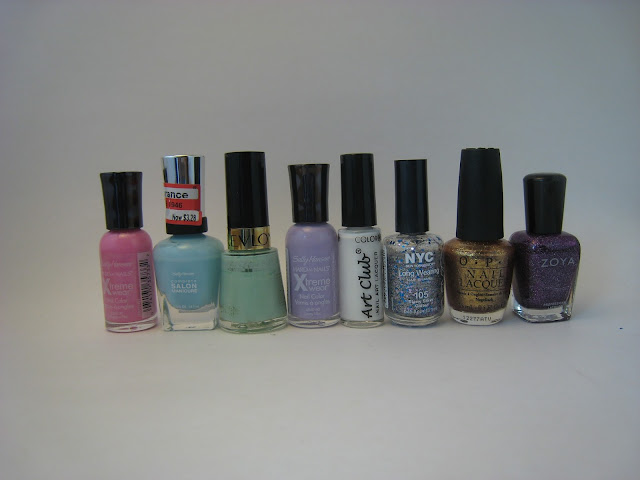 So, rather than type out, like, every single name of all of them, I'll try to mention as many as I can, and for the rest can just ask us in the comments if you're curious.

Anyway, I started out with a layer of Sally Hansen Bubblegum Pink and some glitter on top of that, because I wanted pink space nails. 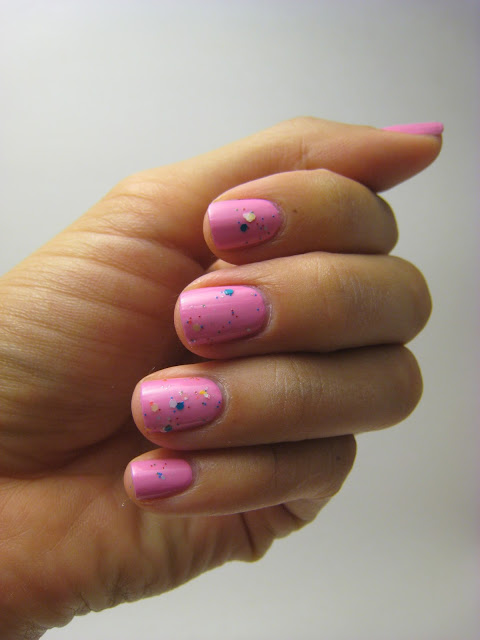 Using a make-up sponge, I dabbed on about a million pastel colors of polish, and then some dark purple-sparkly (Zoya Aurora) in the corner for "depth," and then some gold sparkly (OPI Goldeneye) for sparkle.  After all the sponging, you pretty much could not see any of the pinkness or glitter, but that's ok.  One thing I've learned about galaxy nails is you pretty much have to roll with whatever is happening. 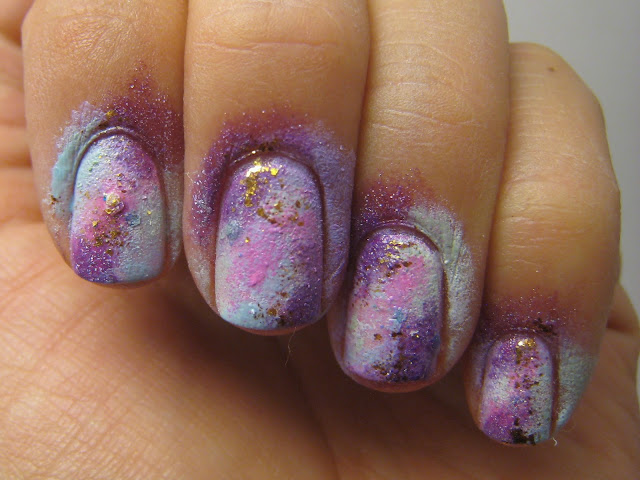 I cleaned up the edges with some acetone, and added some more glitter (this was key; more glitter is always key).  I painted on a few white dots, and some white stars.  Finally, top coat (Essie Good to Go), and like magic, the galaxy nails came together.  This is the best part of galaxy nails.  Somewhere in the middle it seems like all is lost and then, miraculously, they look beautiful at the end! Check it out. 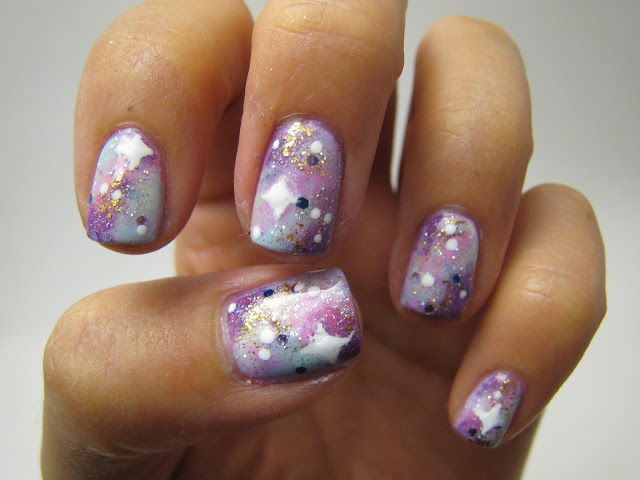 Seriously guys, I loved these. I wore them for a week, they were so fun. 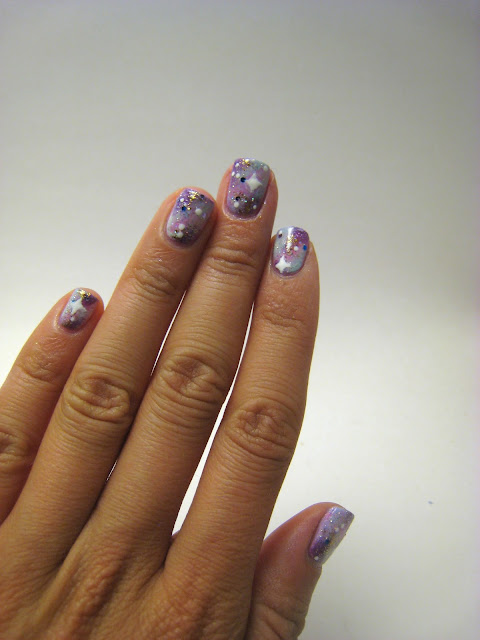 I mean, what is better than space on your nails! 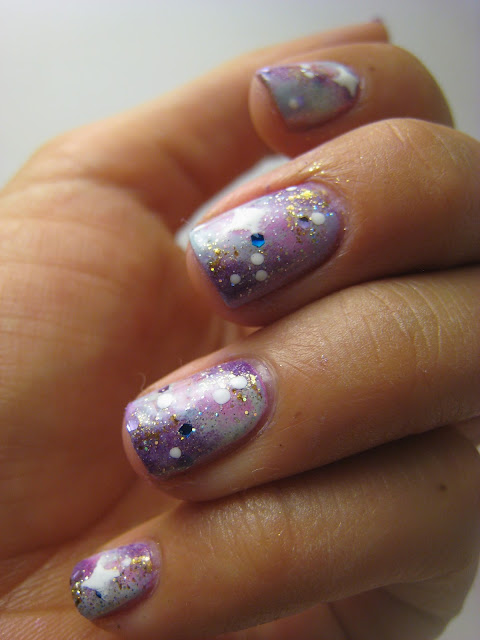 Arden: Ok, guys, here's my more traditional take on galaxy nails.  I used this tutorial as a guide for this manicure!  (Also, I took a bunch of pics of all of the steps, so get ready for lots and lots of pictures!)

I started with one coat of L'Oreal One Stop Base Coat, and then added two coats of Sally Hansen Black Out. 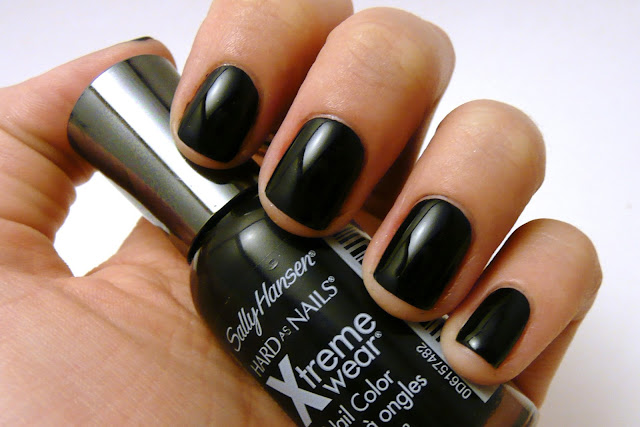 I then used small pieces of make-up sponge to sponge on galaxy-shaped white areas (using Sally Hansen White Out). 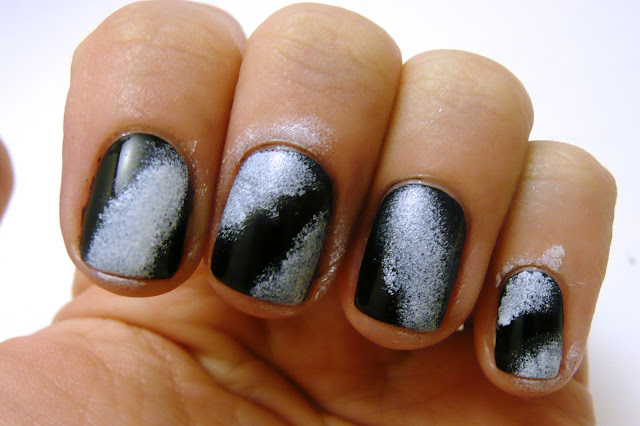 Then I added a layer of silver in the center of the white galaxy areas using Sally Hansen Celeb City. 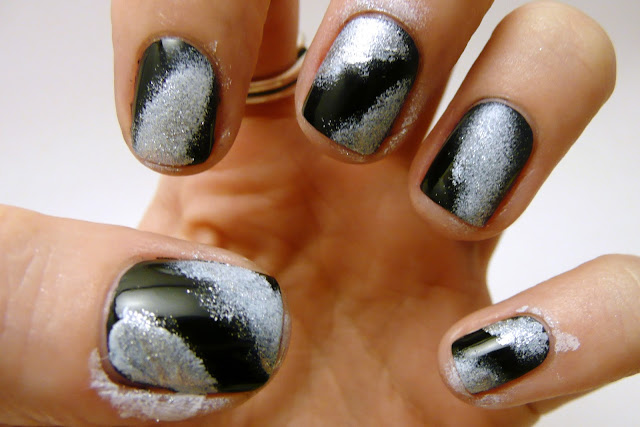 I then added blue and purple polish to the outside of each galaxy (Maybelline Color Show Sapphire Siren for the blue nails, Julep Eden on the purple). 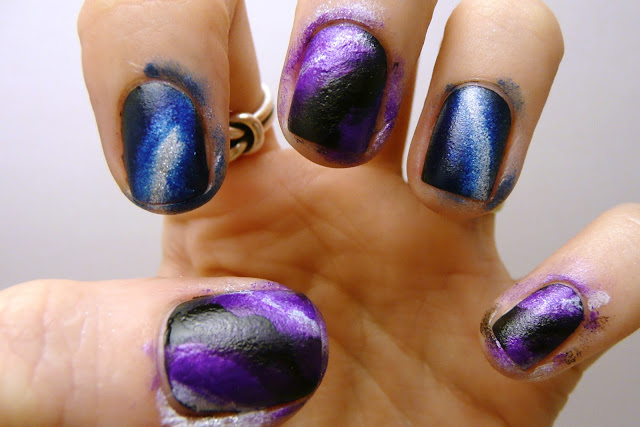 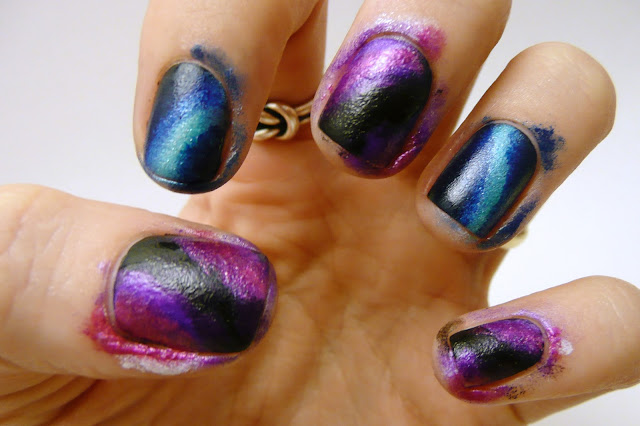 I then tried to follow the tutorial and add yellow to the inside of each galaxy, but it looked awwwwful, so I covered it up with some gold (Essie Good as Gold). 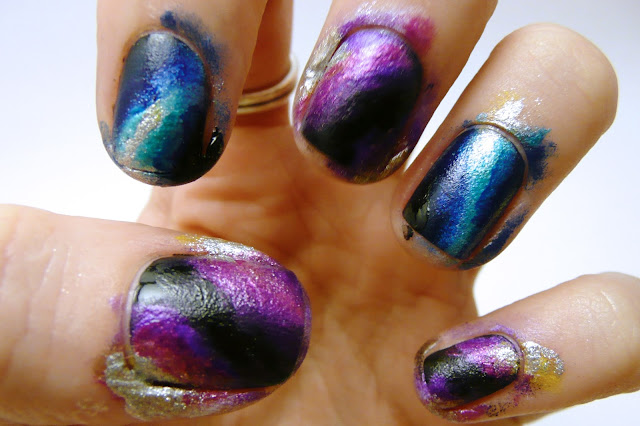 The final step was to add some white dots as stars (which in retrospect I think was a mistake) and add a coat of NYC Starry Silver Glitter (which looked AWESOME).  I cleaned up the edges (they were so so messy) and here was the final result: 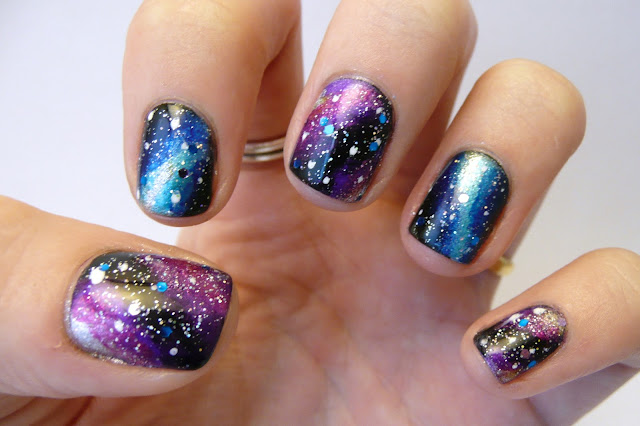 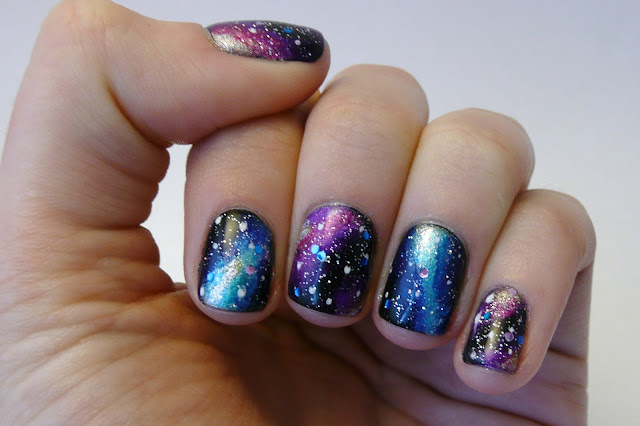 Soooo pretty, right?  I love galaxy nails!  Every time I looked at my nails when I had this manicure I couldn't help but smile.  They were awesome.

Which do you prefer?  The more traditional galaxy nail, or Lisl's pastels?  Let us know in the comments!
Posted by Lisl at 5:05 PM