My last stab at galaxy nails has become my most re-pinned pin on Pinterest-- isn't that interesting?  Apparently galaxy nails are universally popular!  It'd been several months since I'd done any that I decided I should try again! 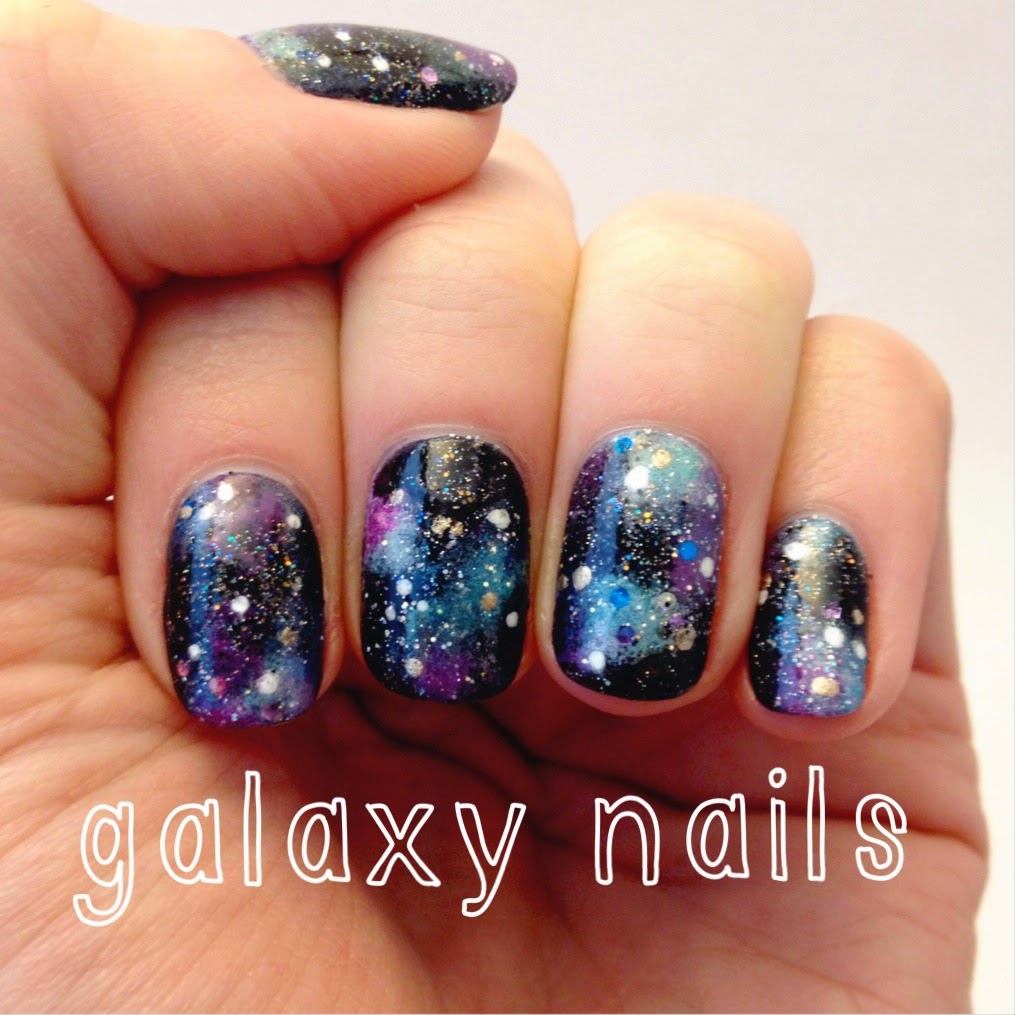 My technique was basically the same as last time-- black base, then sponge on different colors to create galaxies!  At the end I added some white and gold dots for stars, and a glitter top coat.  Some of the colors used: Julep Estelle, Diana, Charlotte, & Drew; Essie Beach Bum Blu and Good as Gold; and Sally Hansen White On.

Bonus picture of manicure in the sunshine! 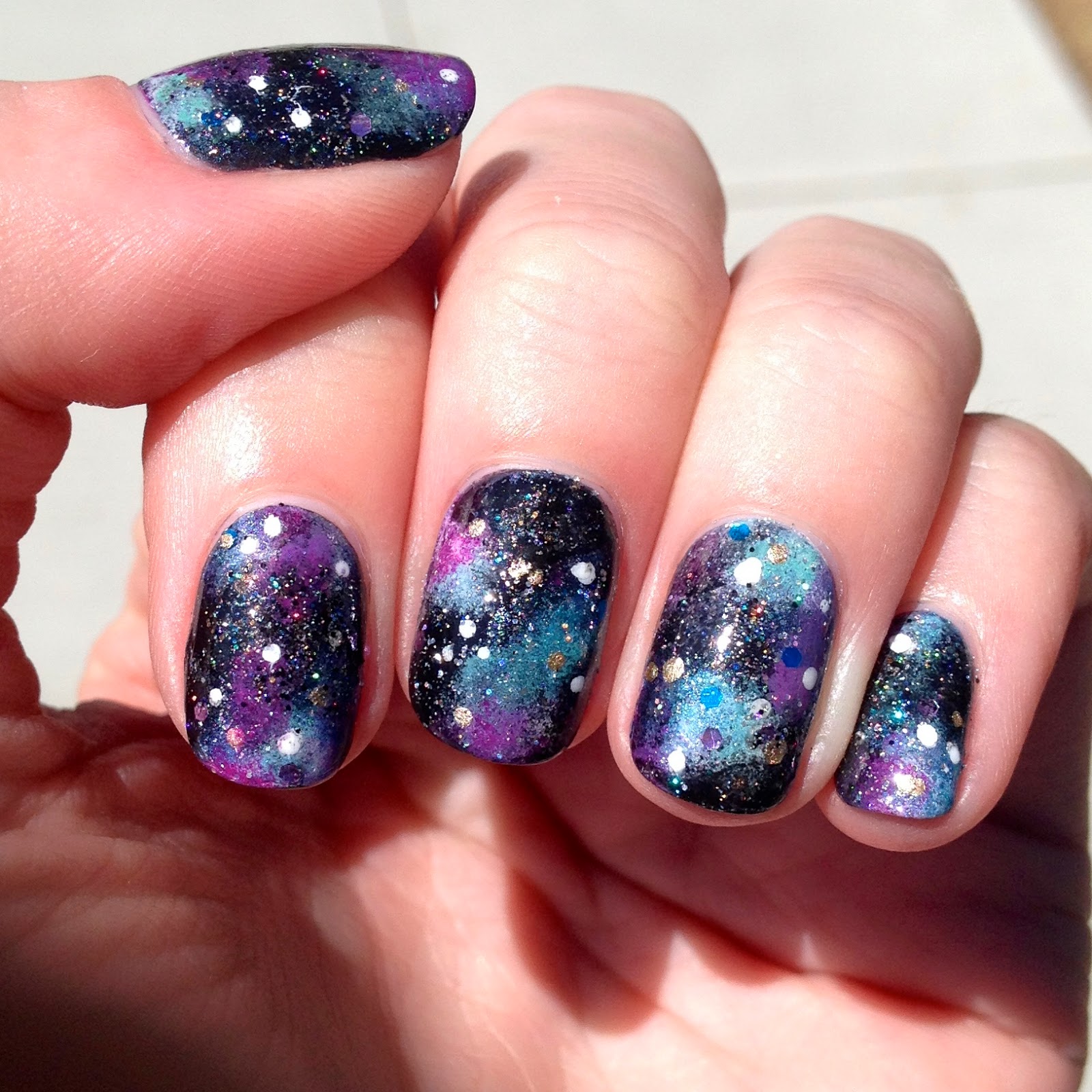