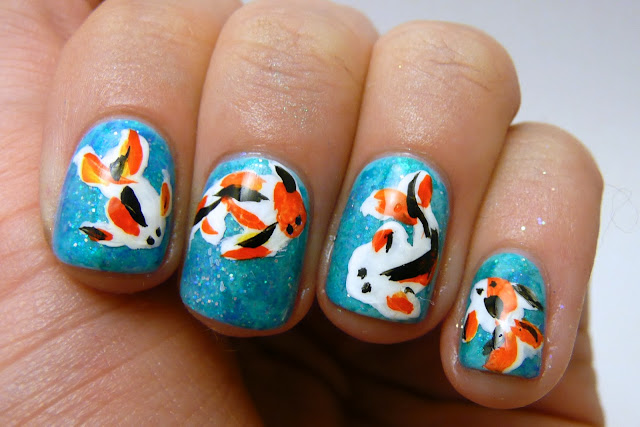 Arden: Hey everyone!  Today's prompt in the 33 Day Challenge is to create something inspired from Pinterest, which means it's time for a new installment of my series "As Seen on Pinterest."  The manicure I have for today is one I did several months ago (seriously, I think it was back in September) and for some reason never posted on the blog.  It was inspired by this manicure by Elizabeth of Did My Nails, which I found on Pinterest and instantly had to try!

*Full disclosure: I did these nails so long ago, I don't remember all of the polishes I used.  I'll try to guess as well as I can!*

I started with a base coat of Sally Hansen Barracuda.  Then I used Saran Wrap to dab on several other blue/blueish green polishes to make the water for the koi pond.  I added a layer of Revlon Snowflurries and ended up with this: 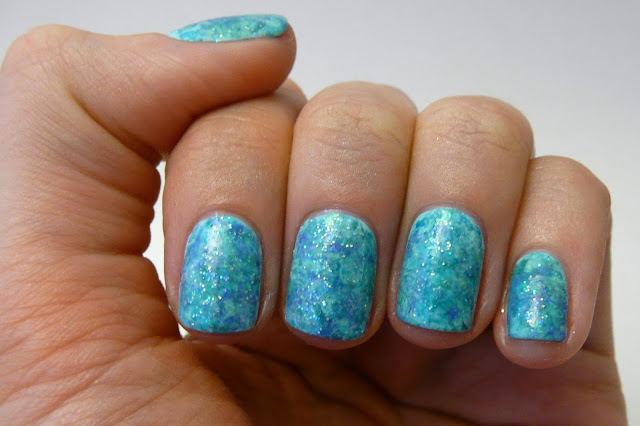 I liked it, but felt like it might be a little too busy for the background of my fish, so I added two layers of one of Lisl's new birthday polishes-- Girly Bits Cosmic Ocean. 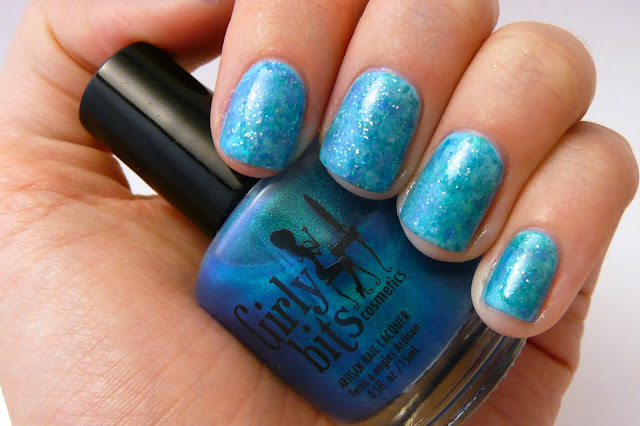 Then it was time to paint on my fish!  Using our set of acrylic paints, I painted a little koi fish on each nail.  Sadly, my fish were not nearly as beautiful as the originals (mine look a little like goldfish with turtle bodies), but they still looked pretty cool. 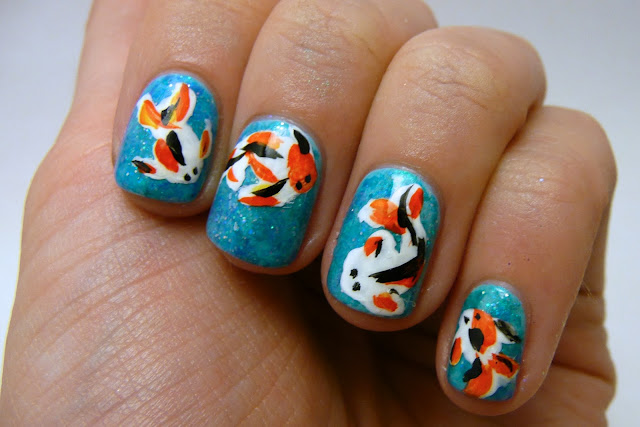 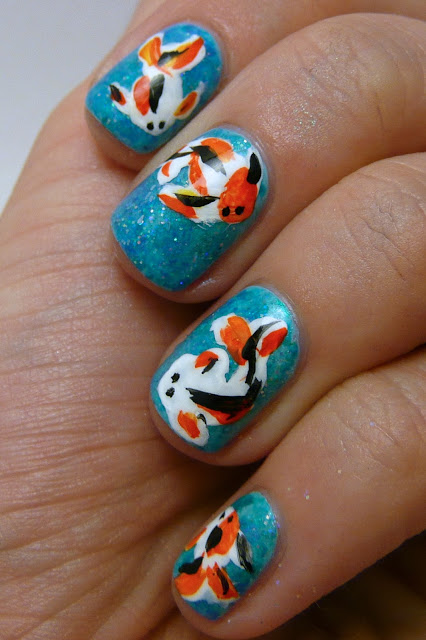 I was pretty proud of myself for my ability to draw koi using my non-dominant hand, so here's a picture! 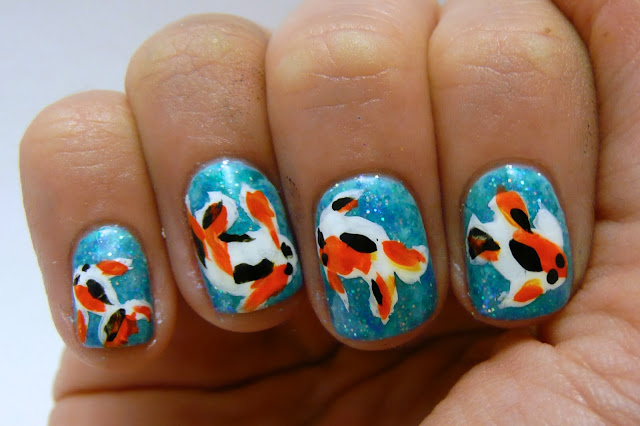 What do you think?  Like the koi? Think they don't look anything like fish?  Weigh in in the comments!  And be sure to check out everyone else's entries today below.