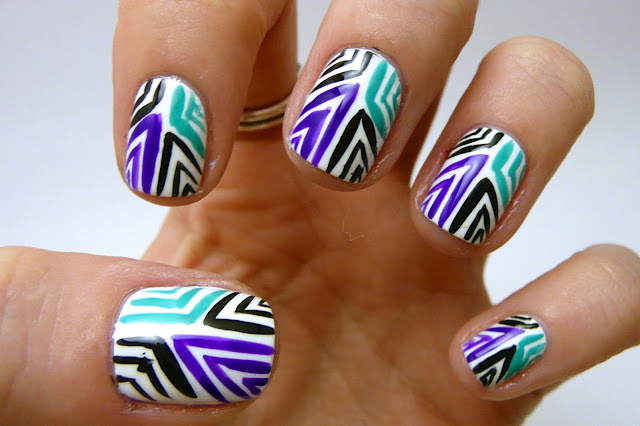 Arden: Hey everyone!  Here's another installment in my As Seen on Pinterest series!

Those are pretty cool, right?  I saw them and had to try them out!

I started with a base of two coats of Julep Bunny.  (Let's be honest, I did this manicure right after I swatched Bunny, and that's why I used it!) 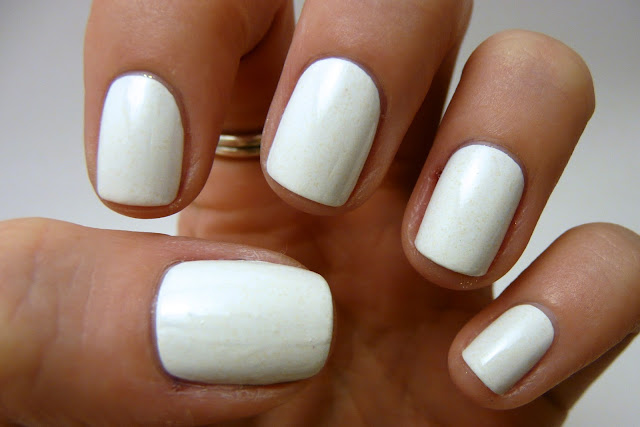 I followed the tutorial above.  I first added the top left section of black lines using our black Color Club striper polish.  Then I did the top right section using Julep Eden (I told you I'd already used it in a bunch of manicures!) and a striper brush from our MASH nail brush kit. 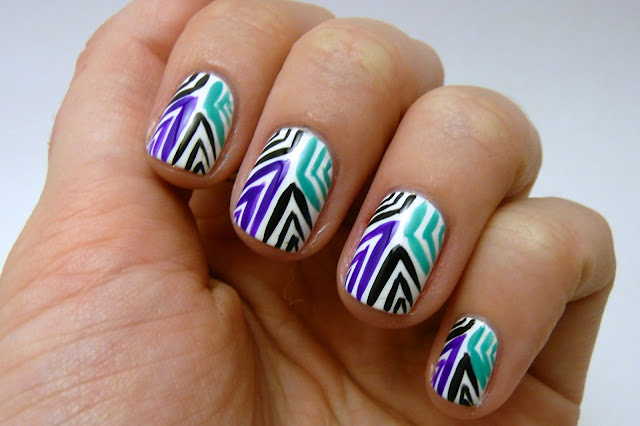 Up until this point, things were going pretty well.  I was thinking, "These nails look awesome!  I am doing such a great job of making good-lucking, straight lines."

Then the wheels came off the wagon a little bit.  The third section I painted on was the teal quadrant, using L'Oreal Not a Cloud in Sight.  I don't know if it was just a problem with this polish, or if I was getting tired, or if I was just fated to stop making good lines, but this was a little bit of a problem.  It seemed like NONE of the lines were straight-- they all came across thick and goopy.  Alas.  I finished by adding the final black section, but by then I was a little demoralized and so those lines weren't very crisp either. 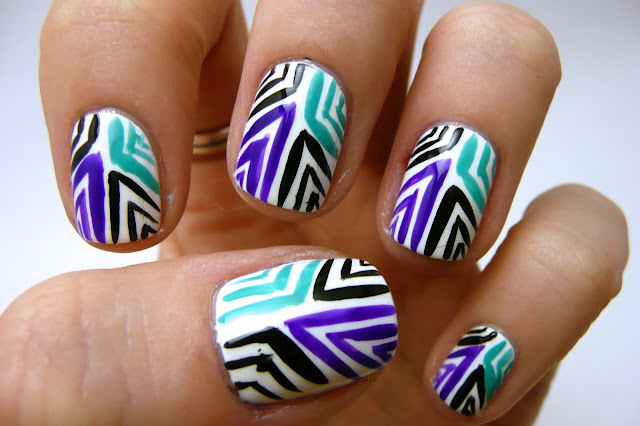 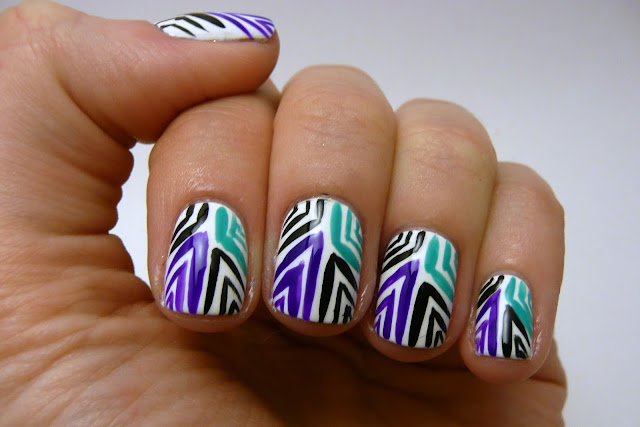 I'm going to have to try them again sometime and see if I can do better!
Posted by Arden at 9:53 AM