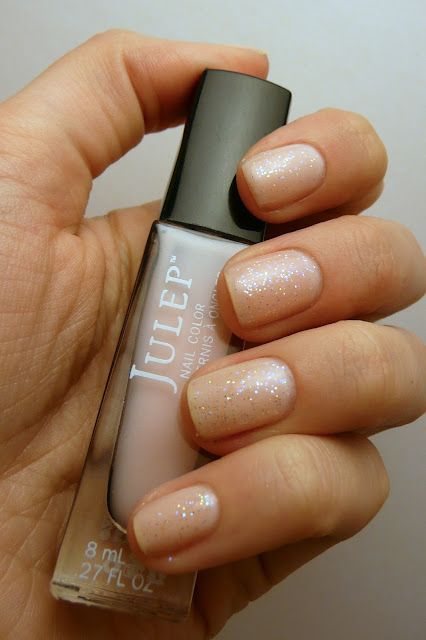 Arden: Well, I guess I'm just going to be on a Julep kick this week!  Last month Julep offered a "Golden Mystery Box" in their monthly secret store.  Given how pleased we'd been with the Mystery Box we ordered back in May, I decided to take the plunge on the Golden Mystery Box.

Here's a picture of its contents: 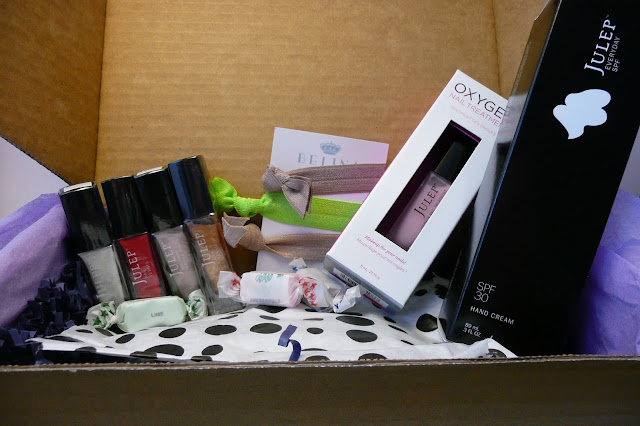 Overall, I was a little disappointed with the Golden Mystery Box.  I'm not the biggest fan of the hand cream (it kinda has a weird medicinal smell).  I'm not sure what the point of the Oxygen Nail Treatment is; Julep bills it as "makeup for your fingernails" but isn't that what polish should be?  I tried it one day and it left my nails a little sticky (definitely much stickier than regular polish).  Supposedly it strengthens your nails if you leave it on for a week or more; I'll let you know if I ever try that!

I already owned Bunny (look for it to be included in an upcoming blog giveaway), but the other three are pretty nice.  I haven't tried Sheryl yet, but Drew is a great hot pink and I've used Layne several times (including in the below manicure!).

I was about to attend a wedding when my mystery box first arrived, so I decided to try out Layne first and do an elegant, nude manicure. 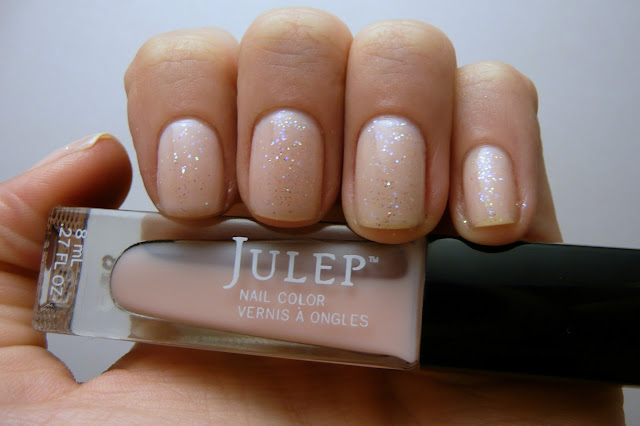 I was worried about how many coats it would take to make Layne even semi-opaque, so I started with two coats of OPI Don't Touch My Tutu and then added two coats of Layne to pink-en it up a bit.  I finished with a coat of Revlon Snowflurries. 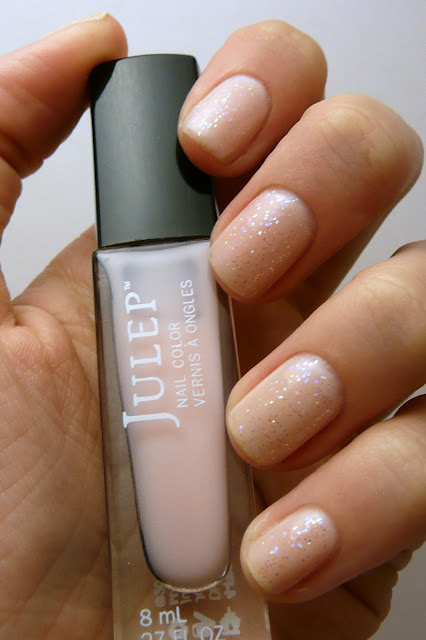 I didn't end up keeping this manicure til the wedding I attended, but it would definitely be a good option if you were looking for a sparkly nude wedding manicure!