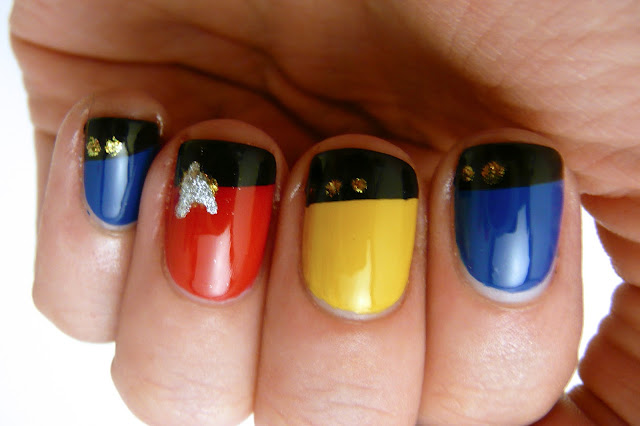 Arden: I just discovered these pictures on my computer and can't believe I never blogged them!  To celebrate going to see Star Trek Into Darkness at midnight the night it opened last month, I did a Star Trek-inspired manicure.  These nails are meant to evoke the uniforms worn by Starfleet officers. 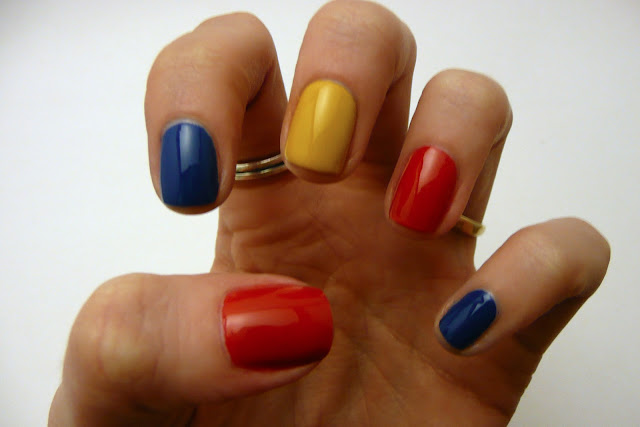 I started by painting my nails Essie Red Label, Butter London Blagger, and Sally Hansen Butterscotch.  (I bought Butterscotch because I had a coupon at CVS, and also because I had never seen a mustard yellow polish before.  It really is a unique shade of yellow.)

I then applied a strip of Scotch tape at an angle on each nail, leaving just the tip visible.  I painted that with Milani Black Magic and immediately removed the tape.  (Oops, looks like I forgot to take pictures at this stage.)

Then I used a toothpick and OPI Goldfinger to create gold pips on the black tips of every nail except my ring finger, indicating the rank of each Starfleet officer. 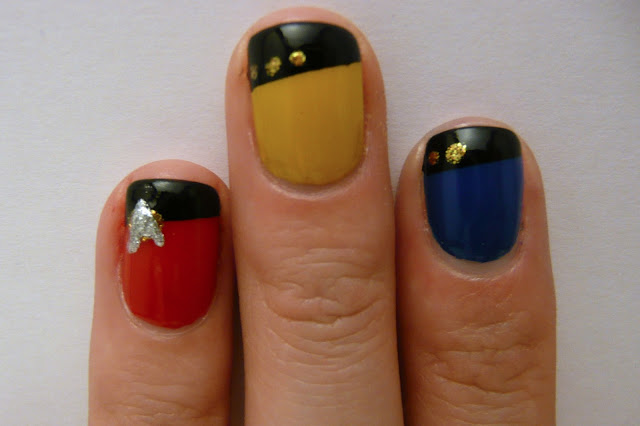 As an accent nail, on my ring finger I recreated the Starfleet logo/ comm badge using OPI Goldfinger and Sally Hansen Celeb City.


These were fun, fast, and pretty easy to do!  The next time there's a new Star Trek sequel (or if I ever go to Comi-Con) I'll probably do them again!
Posted by Arden at 9:00 AM