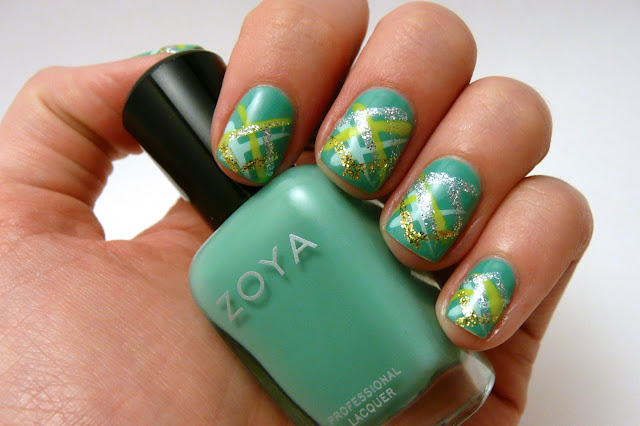 Arden:  We are BIG New Girl fans here at the Casa de Polish.  It's probably the one show that we DVR and watch multiple times throughout the week.  And coincidentally enough, its star, Zooey Deschanel, is pretty well known for her fabulous manicures.  She got a little camera and film strip painted on for the Golden Globes last year, and teeny tiny televisions for the Emmys.  While most of those are too ambitious for me to try out right now, I was browsing the internet a few days ago and found this picture that Zooey Deschanel posted a while ago and thought, "I could do those!"

I started by painting my nails with two coats of Zoya Wednesday.  I started by dipping the striper brush from our Mash nail brush set in both Essie Mint Candy Apple and OPI Did It On 'Em and then making little X's in both of those colors.  I finished by adding a few more stripes using our gold and silver Color Club striper polishes.  I finished with a top coat of Sally Hansen Insta-Dri Anti-Chip Top Coat because Essie Good to Go doesn't work well with Zoya polishes (a phenomenon that I will some day devote an entire post to). 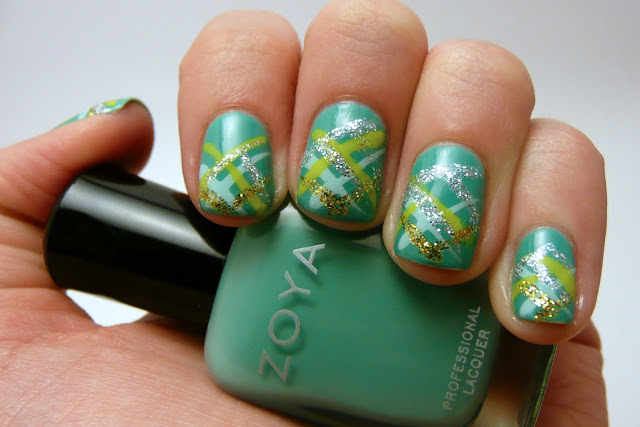 If you want to try these, here's a tip: start each stripe from the tip of your nail and streak it upward.  The first couple nails I did I started some of them from the top and went down; I don't think it looked as good. 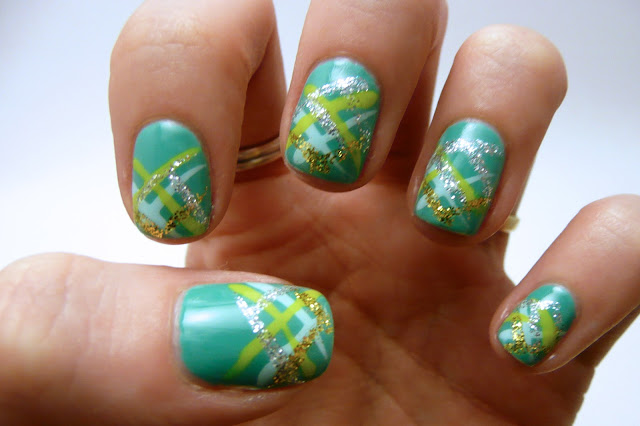 Mine ended up being a little bit busier than Zooey Deschanel's, but I liked them anyway.  What do you think?  Let us know if you know of any other celebrity manicures we should try out! 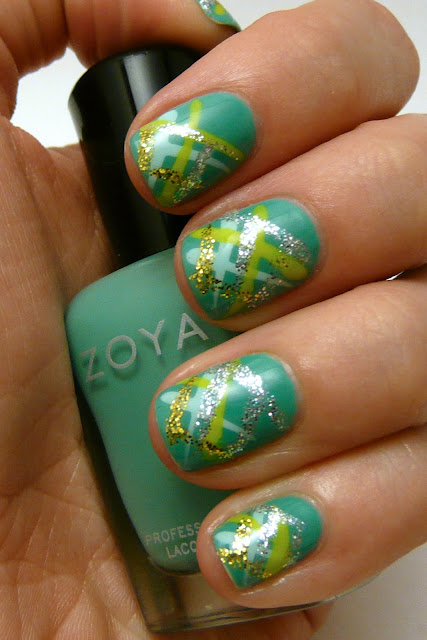