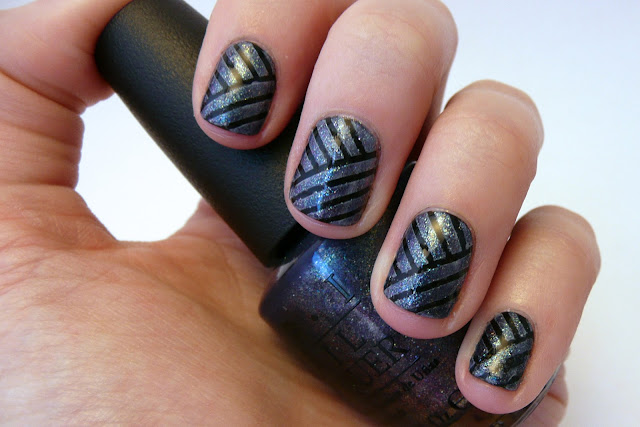 [Update! Many thanks to commenter Kyema for identifying this pattern as the "basket weave.']

To start, I painted my nails with two coats of Sally Hansen Hard as Nails Xtreme Wear Black Out, followed by a coat of Seche Vite to help dry them quickly. 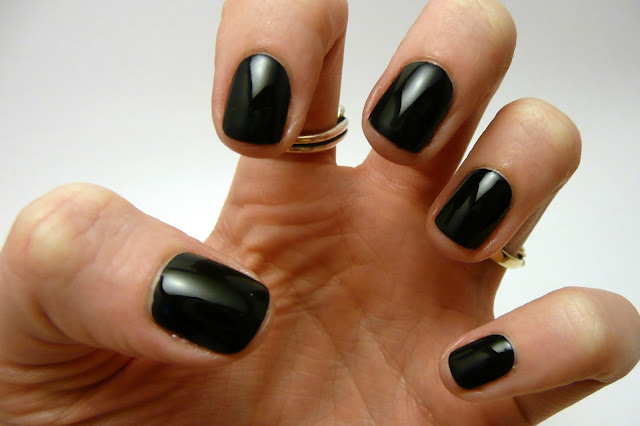 Then I used my little roll of striping tape and taped off the pattern on each nail. 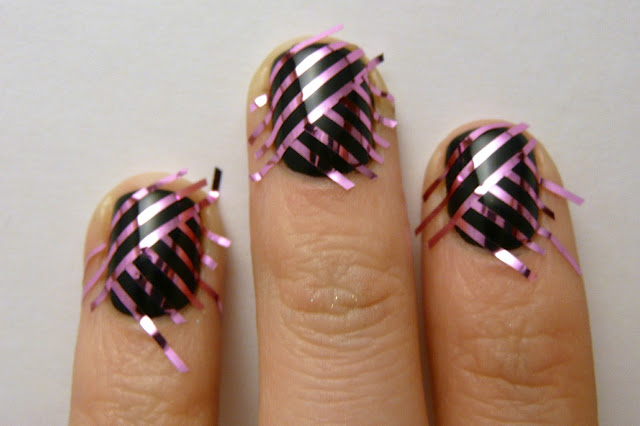 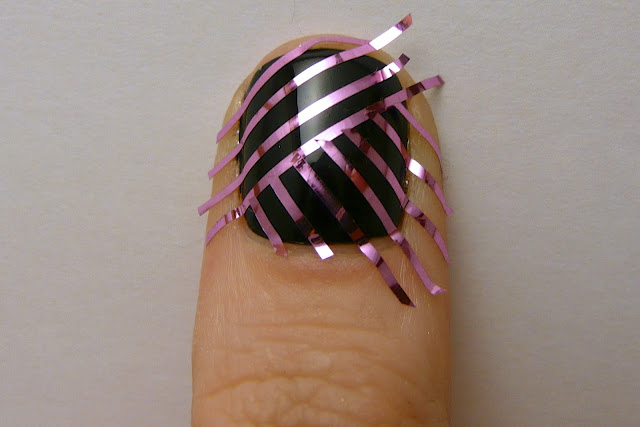 I started by making a diagonal stripe down the middle, then added several pieces of tape parallel to that toward the tip.  I finished by taping the bottom half of the nail in a perpendicular direction.

After all the tape was in place, I painted on a coat of Revlon Timeless followed by a coat of OPI On Her Majesty's Secret Service.  I then removed all of the tape immediately from one nail using tweezers before continuing with the next. 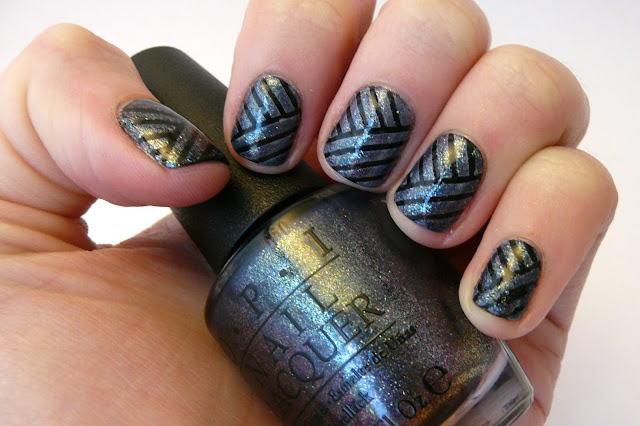 I initially tried doing just the metallic OPI polish, but I didn't feel like the contrast to the black was stark enough, so I added the light grey base first.  In this picture below, you can see the difference.  My thumb nail just has On Her Majesty's Secret Service, while my pointer finger has the light grey Revlon base underneath. 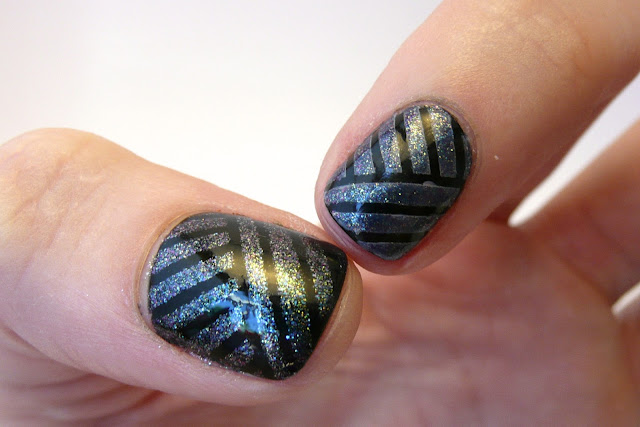 I'm not gonna lie, after I finished all of my nails, that one thumb was probably my favorite and I wished I had just stuck with the metallic OPI polish directly over the black, but what can you do?


I quite honestly can't post enough pictures of these nails.  I love love LOVED them. 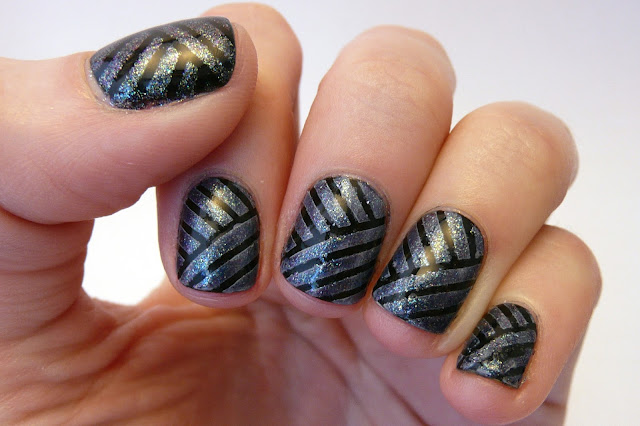 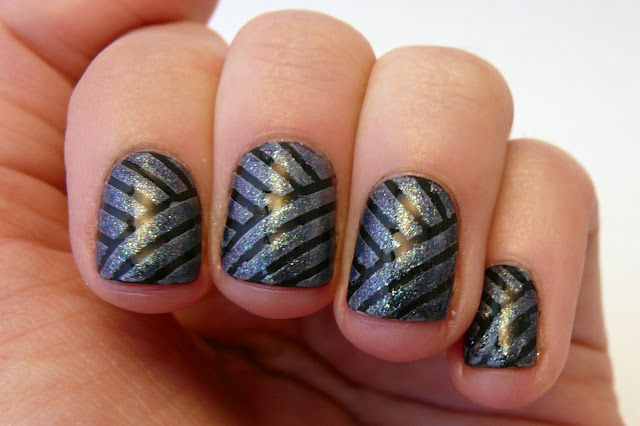 I was about to go out of town, so I needed these nails to last, so I topped them with my secret long-lasting top coat system: one coat of Essie No Chips Ahead followed by a coat of Essie Good to Go.  (But if you're just gonna use one, do Good to Go.  The No Chips Ahead NEVER dries on its own w/o a fast-drying polish on top of it.)  And I wore this manicure for nine days!  And it really only started to chip in earnest on the 7th day.

I'm not gonna lie, all of that tape applying was quite a tedious process, so I'm unlikely to do these nails all the time, but I still think the final product looked awesome.  I couldn't have been more pleased with the final product.