Lisl here:  Today Arden and I are going to show you our Easter themed manicures! Since I have a long tutorial, we're splitting it up into two posts!

So when we first started talking about our plans for Easter manicures it became very apparent that, over several days of scheming, we had both come up with the exact same idea for manicures: a blue background with "grass" on the tips, and Easter eggs peeking out.  We haggled and brainstormed and tried to think of alternatives, so that we didn't end up doing the exact same thing, but we couldn't come up with any better ideas and figured that y'all could just deal with it.

Turns out that even when we're trying to do the exact same thing, the outcome is totally different!

For my "blue" base (there is some disagreement about whether this is actually blue, Arden thinks it's green, but just humor me here) I used Zoya Wednesday. 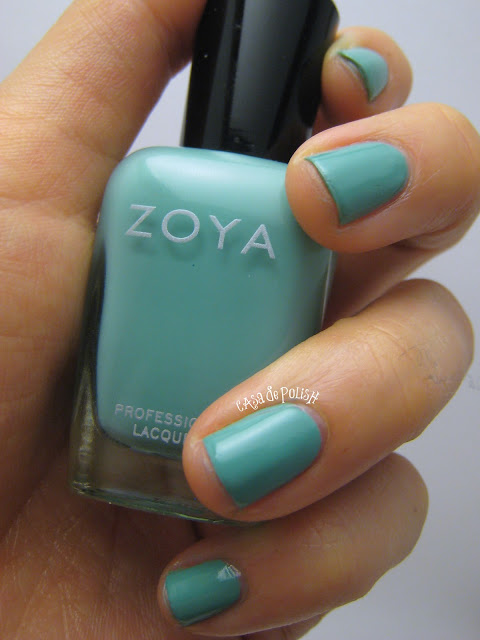 [Arden: Ok, it looks kinda blue in these photos, but I swear it looks more green in real life!]
I tried to do a tape manicure for the eggs but I couldn't wrangle the tape into anything resembling an egg shape, so I decided to test out this DIY decal technique I've seen floating around. First I painted the colors I wanted to use on a ziploc bag. 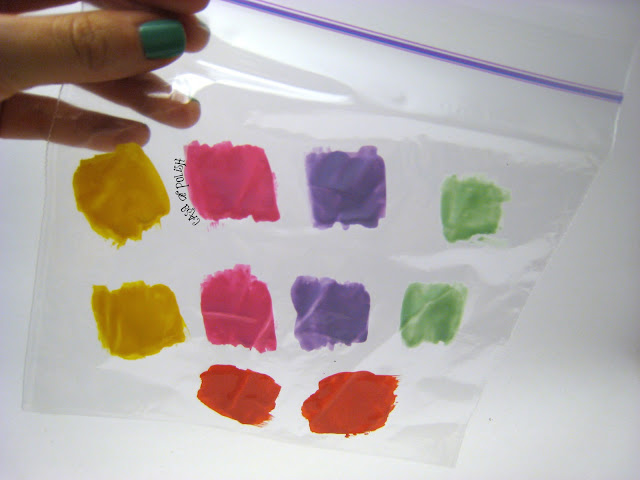 I read that you shouldn't see too much light coming through the polish, so I used two coats of each.  You can see that the green is still not super opaque - this ended up not being a problem at all.  Here are the colors:

I let them dry overnight.  Then the next day I added some little patterns in Sally Hansen Xtreme Wear White Out using a toothpick 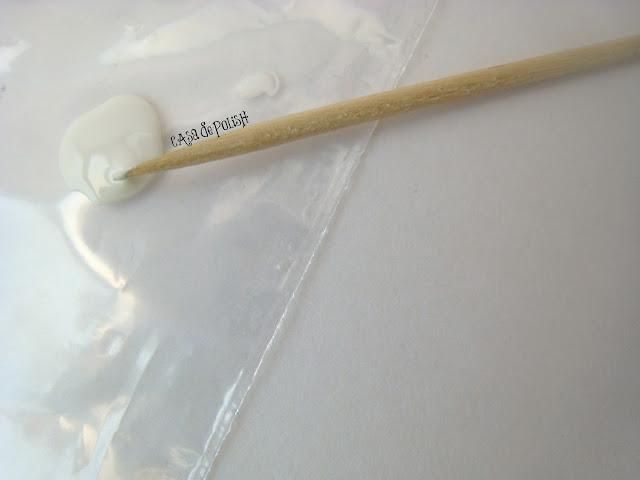 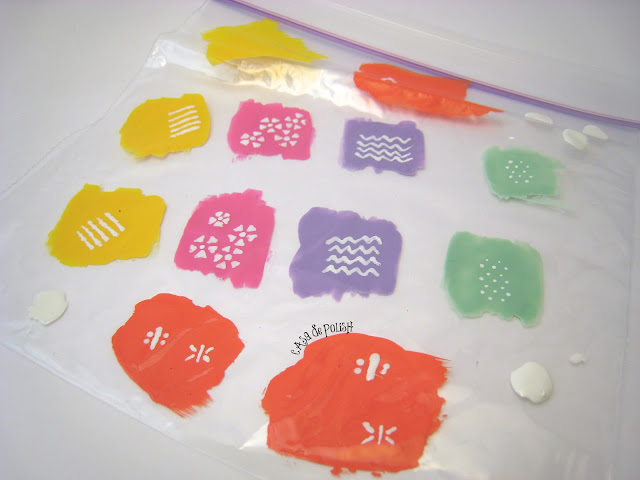 Then to peel them off, I curled the ziploc underneath to allow an edge to poke up... 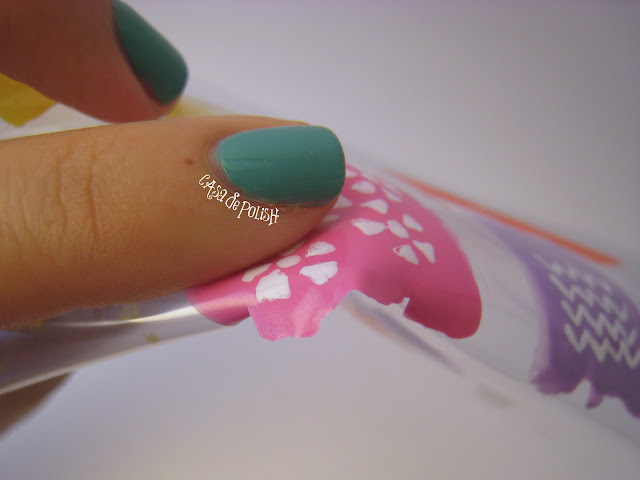 ...then pulled it off with some tweezers. 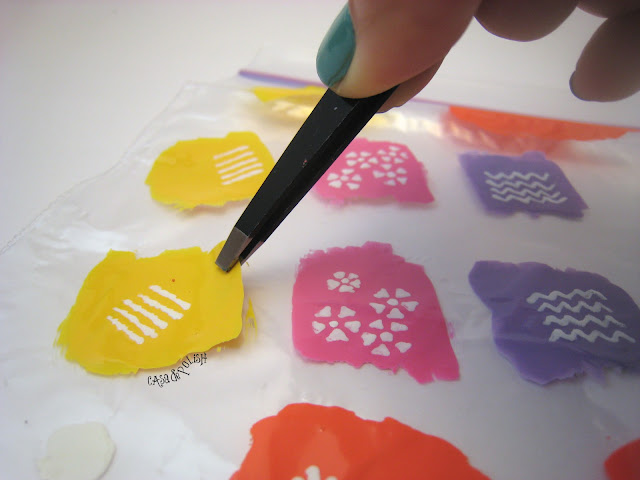 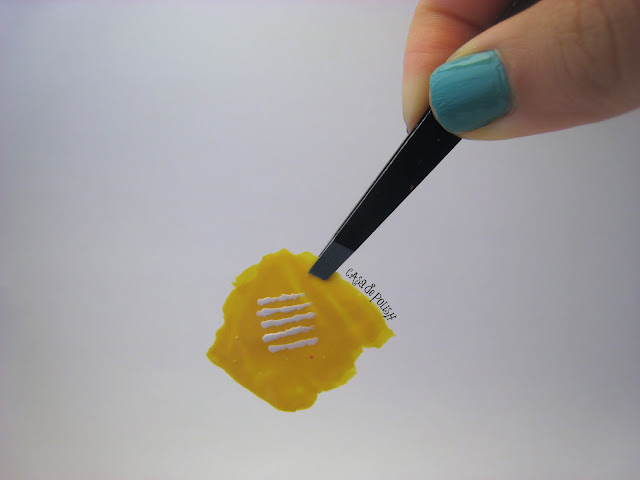 Tada!  I cut out egg shapes with scissors - starting out with big eggs then whittling them down until they were nail sized. 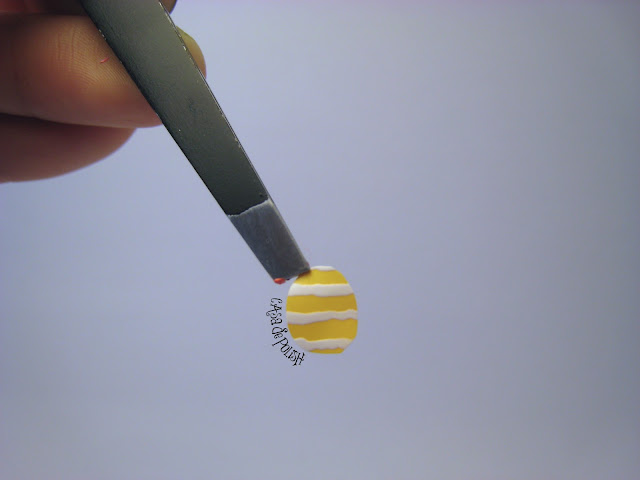 To apply them to my nail, I just laid it on top and then pressed it on with my other hand. 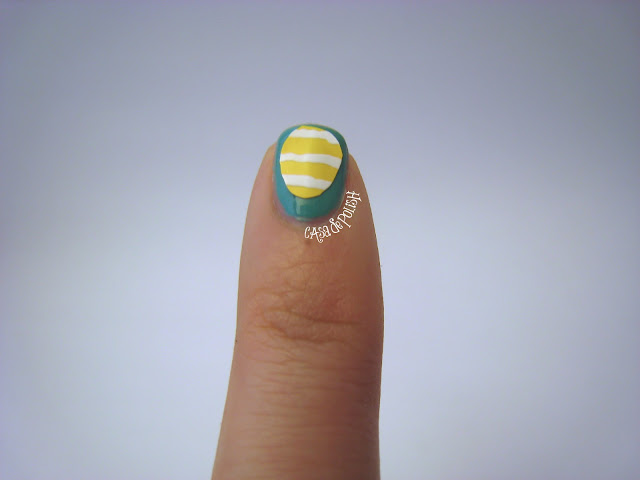 Here's what it looks like with all the eggs: 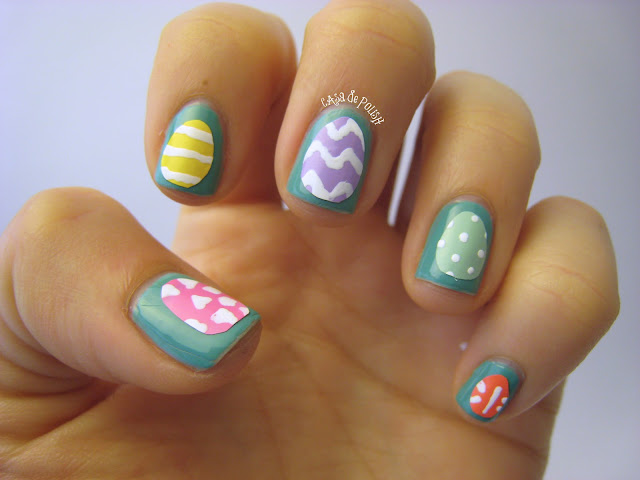 Last step: top coat! Oof, this was harder than I expected.  It was hard to get the top coat to curl over the ends of the decals, so there were gaps and bubbles at the end of my nails.  I started with a coat of Seche Vite, but my Seche Vite is a little goopy right now and that did not help the problem. 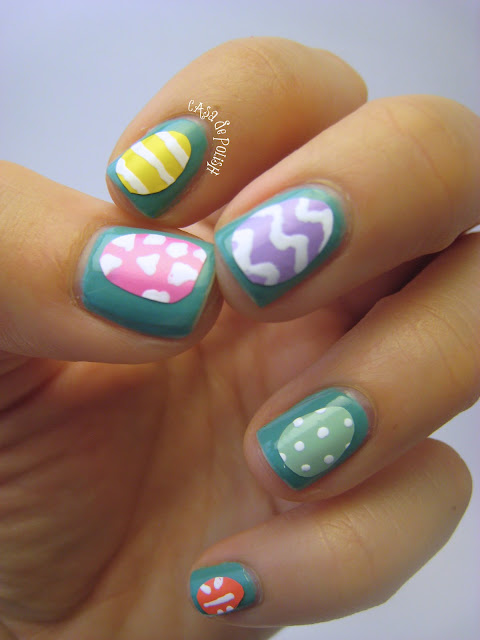 I did a second coat of Essie Good to Go and that helped out a little bit. 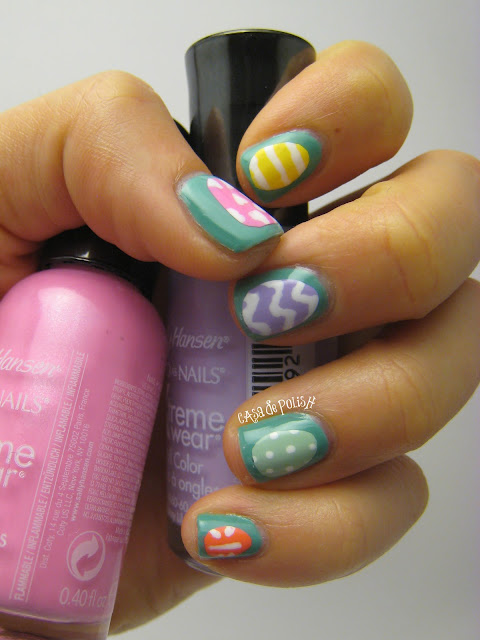 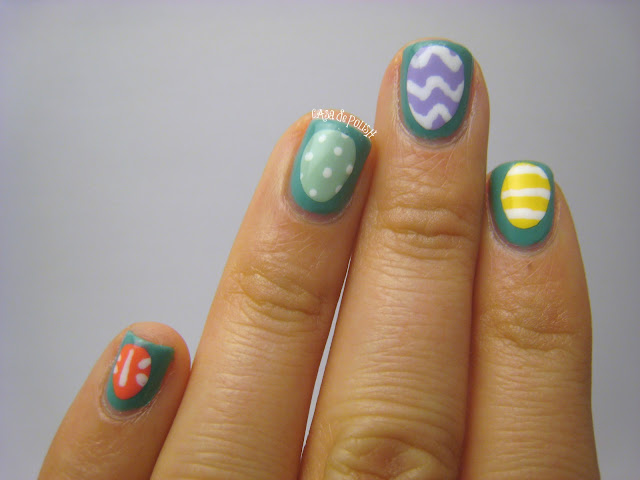 Overall, with the exception of the overnight drying of the pre-decals on the ziplock, this was a super easy method and I loved the way it turned out.  I think the patterns look really cool when they're cut into shapes.  What do y'all think?
Posted by Lisl at 9:00 AM