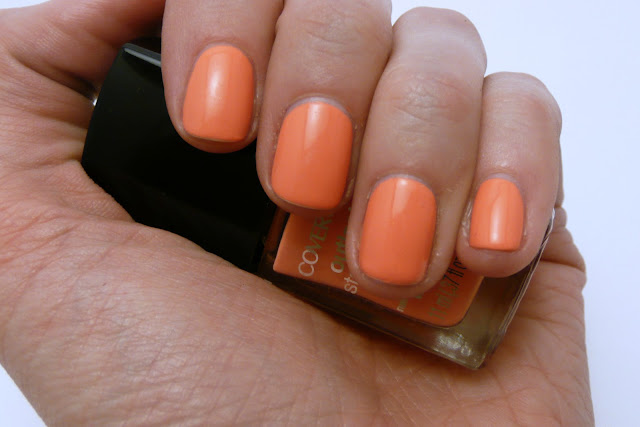 When Jennifer Lawrence got up to the microphone to accept her Oscar at the Academy Awards a few weeks ago, I instantly tweeted:

Seriously, look how beautiful her nails were that night!
I took to Google, and the internet gods smiled on me not once, but twice: not only had the 24 hr news cycle already reported on what nail polish she used (or more accurately, her manicurist), but it was a brand I could get for $6 at the drugstore!  Since I'd been in the market for a good nude polish, I stopped by CVS on the way home from work the next evening and bought a bottle of Cover Girl Outlast Stay Brilliant Nail Gloss (what a mouthful!) in Forever Frosted (#115). 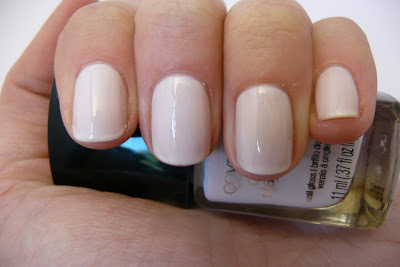 This is three coats Forever Frosted.  As you can tell, it's not fully opaque at three coats-- it really needs a fourth to reach full opacity. 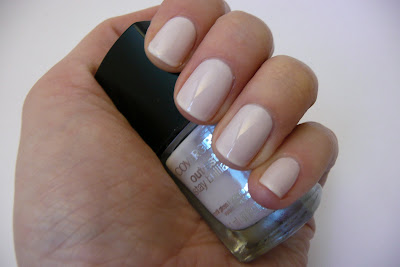 Flash forward a week: I went into a Rite Aid on a whim, and they were having a buy one, get one free on Cover Girl nail polish.  Since here at the Casa de Polish our Prime Directive is "Always try to buy nail polish on sale!" I couldn't pass them up.  I picked up Coral Silk (#240) and Non-Stop Stone (#210).  [For some reason, Cover Girl doesn't list the actual name on the bottle, just the number.]

Here's Coral Silk.  This is a orangish coral color.  I feel like it's coming off more orange and slightly dull in these pictures, but in real life it's more of a coral color and can be pretty bright (especially in the sun). 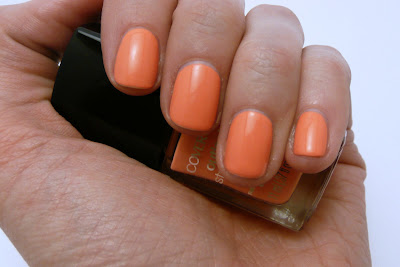 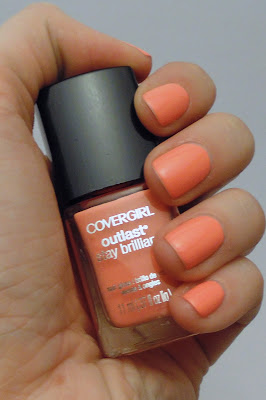 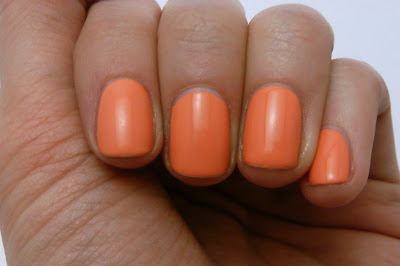 And here is Non-Stop Stone.  I really liked this one.  I'd been in the market for a good medium-dark grey, and this one certainly fit the bill.  It does have a slight brownish tinge in some lights. 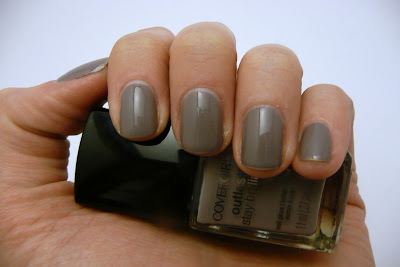 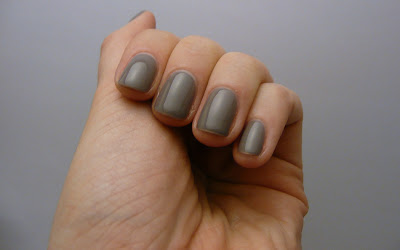 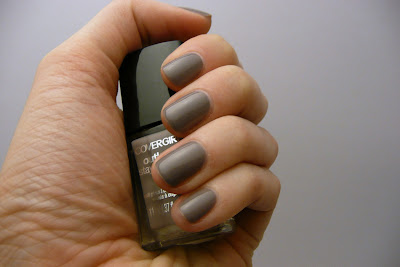 One final tip: when I first tried out Forever Frosted, I used four coats and ended up with bubbles on my nails:
I expect this was fully due to user error: apply too many thick coats too quickly to achieve opacity.  I haven't experienced this phenomenon again with Forever Frosted, or either of the other CG Outlast nail polishes, so I think it probably wasn't the polish's fault.  So let this be a lesson to you: don't apply thick coats too quickly!