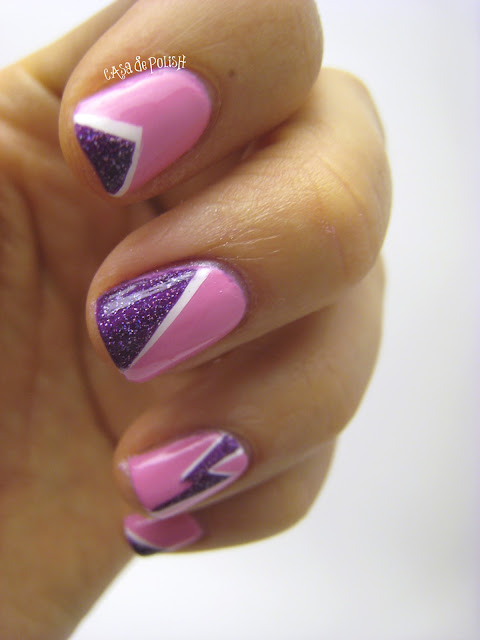 For mine, I decided to use tape to mark off three triangular regions on my nails.  I started with a base coat, and then two coats of OPI My Boyfriend Scales Walls.  (Apparently I use this polish a lot!) 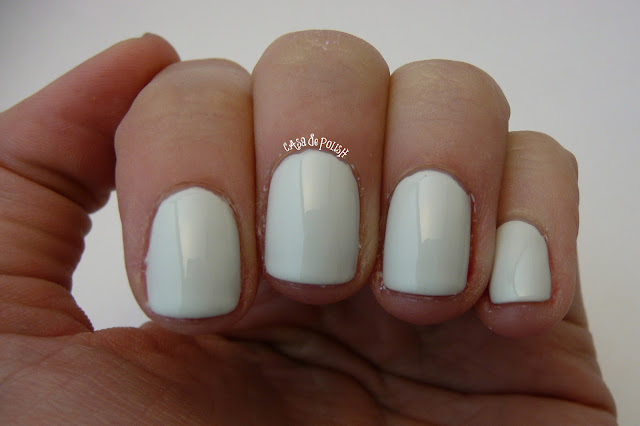 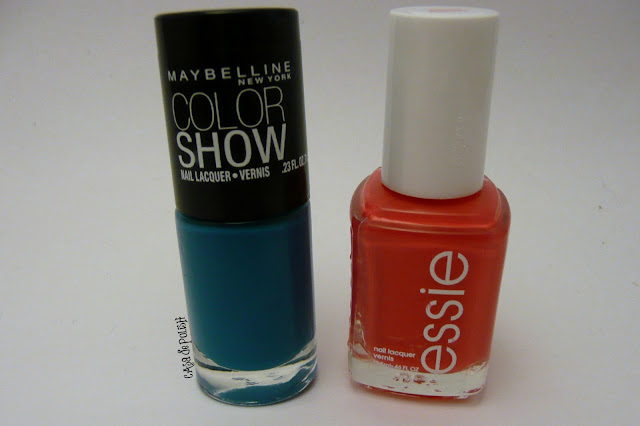 In the bottles, Shocking Seas looked like a teal-ish light blue, and Peach Daiquiri looked like a fun coral-ish pink.  I thought pairing them with white would be a fun look for spring.  But as you will soon see, on my nails they looked REALLY red-white-and-blue.  Which would be fine, if there were a patriotic holiday this week.  Except there's not.  For another couple months.

To begin, I taped off a triangular section of one nail and painted it pink. 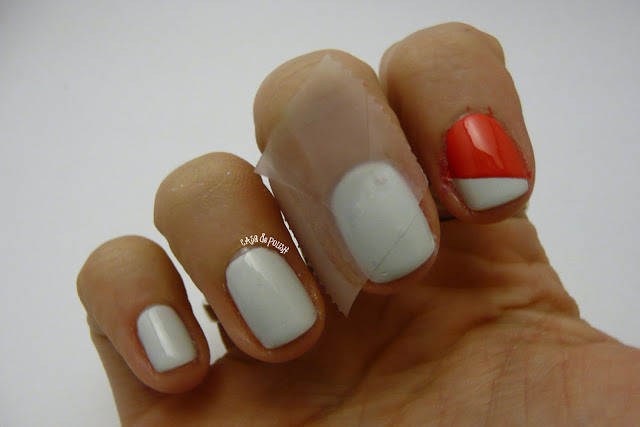 Immediately after painting one nail, I slooooooowly removed the tape.  (Slowness DEFINITELY helps the final result be a straight line.) 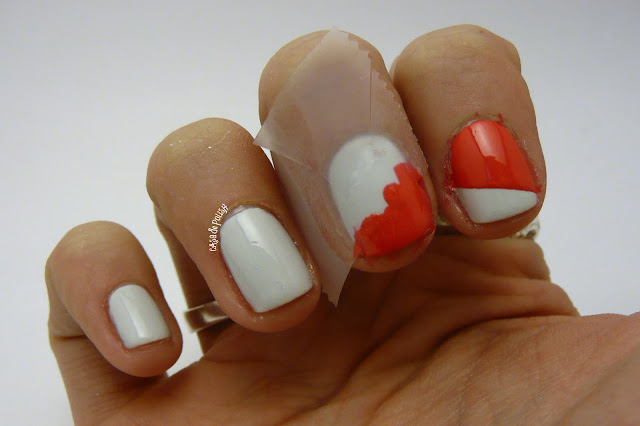 I didn't want each nail to look identical, so I taped off different sections each time.  On nails where the pink would be in the middle, I painted what would amount to two sections of it (see my pointer finger in the photo above).  Here's what my nails looked like after painting two colors on each nail: 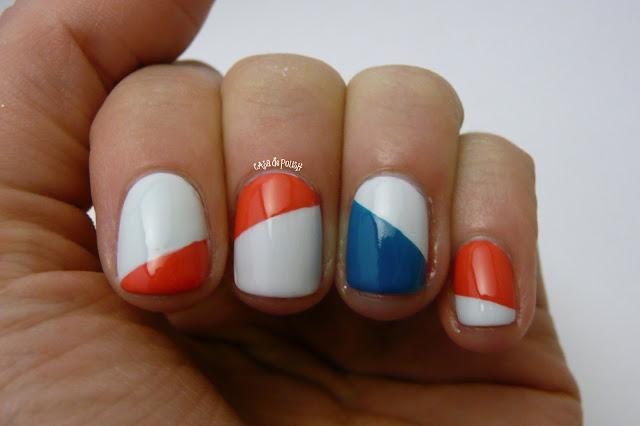 After applying the second polish, I added a quick drying top coat and waited til I was sure they were dry to continue.  Then, I did basically the same thing with tape adding the third color. 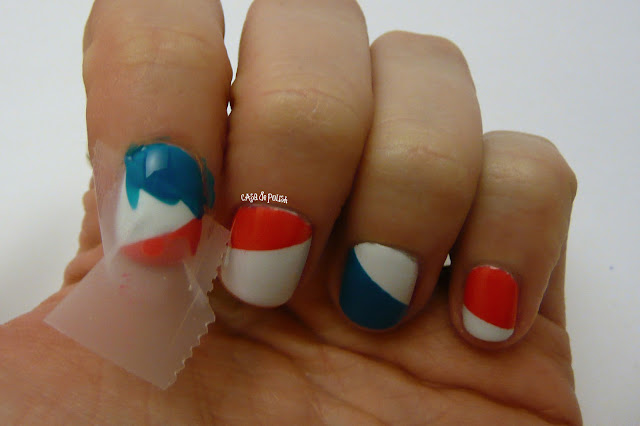 I found that painting the blue over the white or pink looked fine, but on my ring finger when I had to paint pink over blue, it was a bit of a disaster.  I had to apply a gazillion coats to get the pink to match all of my other fingers.  (I think you can tell in the pictures that the pink on my ring finger is crazy thick.)  In the future, I will definitely not try to paint lighter colors over darker colors when doing a tape manicure. 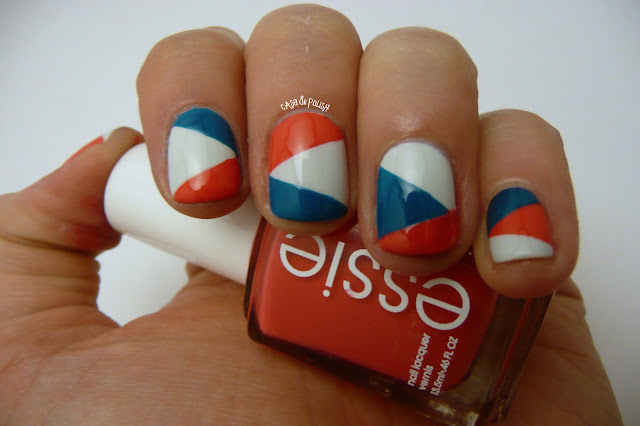 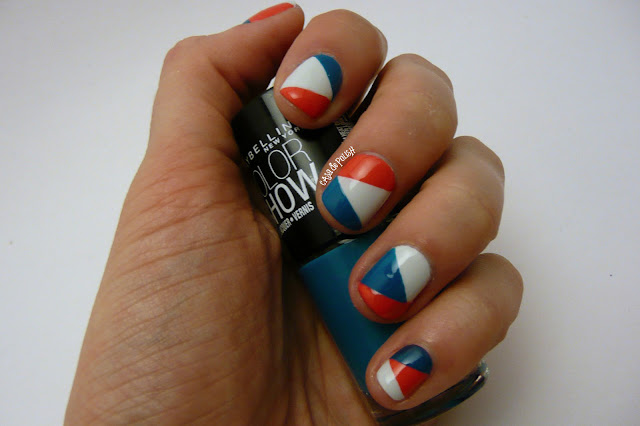 Overall, I liked the pattern, but wasn't crazy about the color combination.  In the future, I will definitely only use these colors together when I'm paying tribute to the flag of the Czech Republic or supporting the football efforts of the Houston Texans or New England Patriots.

Lisl time: First of all I love those colors together.  Arden, I disagree with your assessment that it is overly patriotic.  I think is perfect.

So tape manicures were the first kind of nail art I attempted, and I totally failed the first few times I tried, but now that I've gotten the hang of them they are one of my favorite manicure techniques.  I've been itching, for a while, to do a SUPER GIRLY manicure, so I started out with Sally Hansen Xtreme Wear Bubblegum Pink, which I bought a few weeks ago for Easter.  It's like I painted my nails in Pepto! 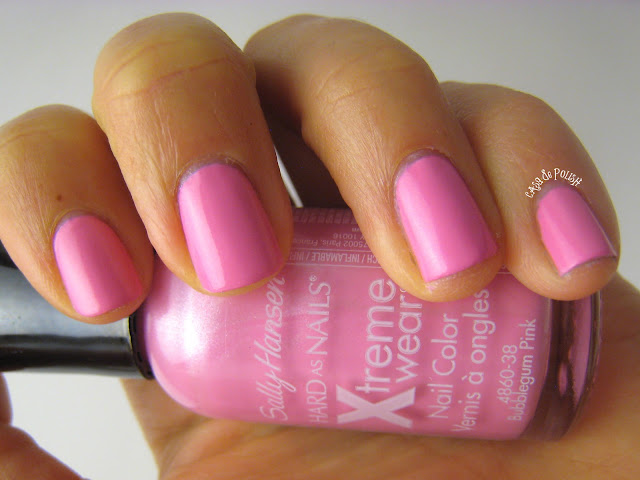 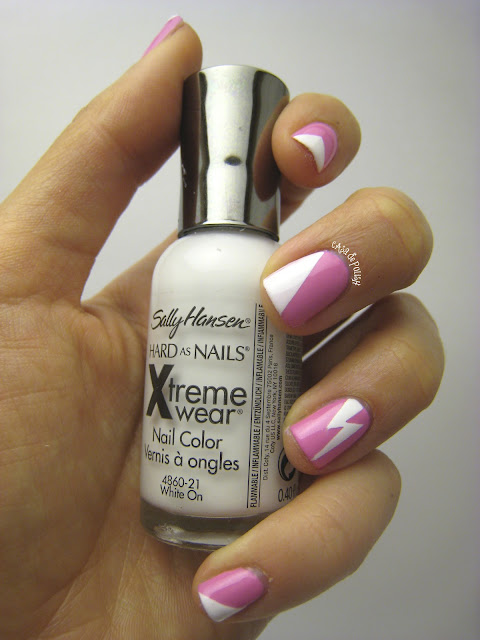 For the lightning bolt, I followed this tutorial from Nailside. 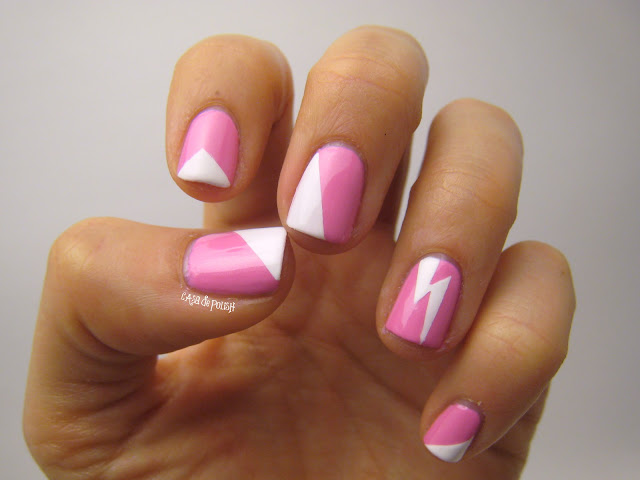 So this was fun, but I wanted something girly, like GIRLY girly.  Which means we needed a healthy dose of sparkly purple.  For this, I used Zoya Aurora (one of my favorite colors of nail polish ever). 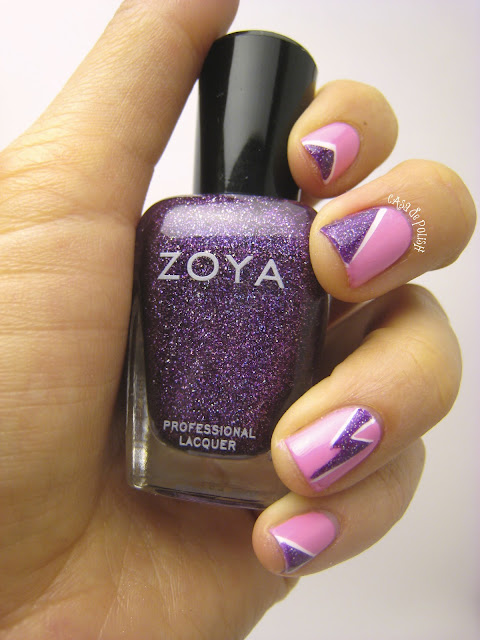 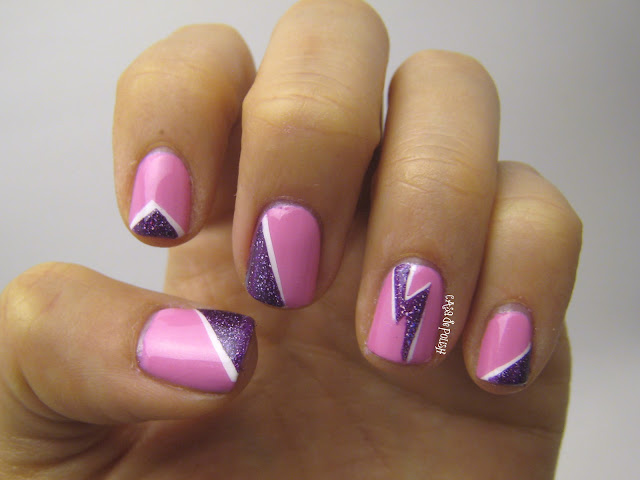 This manicure was soooooooooo fun.  It was sparkly and pink and purple and it gave me a flounce in my walk.  I felt like glam rock Baby Spice.  So how 'bout y'all?  What are your favorite things to do with tape?