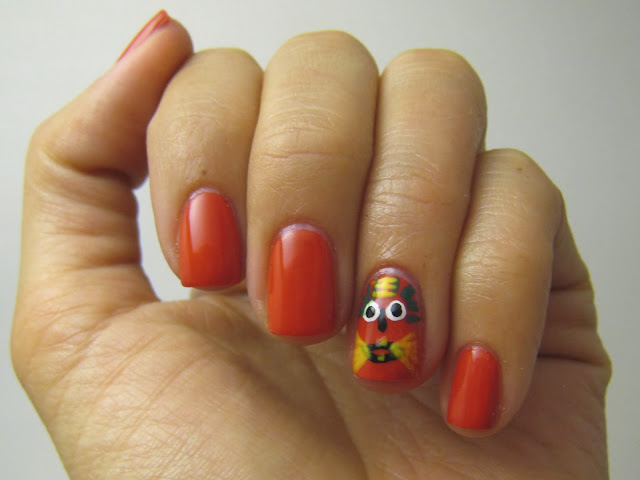 Hey y'all! It's Lisl.  I'm a little bit behind on 33 day challenge manicures (I skipped Friday's) and I'm posting this one late on Monday! But, anyway, it's Chinese nails day! Every time my Mom comes back from China, she brings me back something new, so I had a whole house full of inspiration, and I had to choose what to use.

Since it was late Sunday and I was a little bit crazy-pants, I wanted to do something simpler, so I chose to base a manicure on this tiger neck pillow thingy. 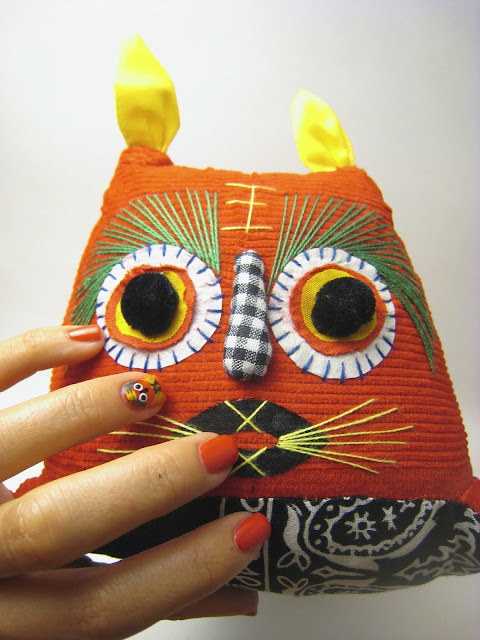 So, obviously I didn't quite capture all of the complexity of that crazy tiger face (i.e. no gingham nose), but I did my best, I think.  I started out with a base of the best red ever, Julep Jackie. 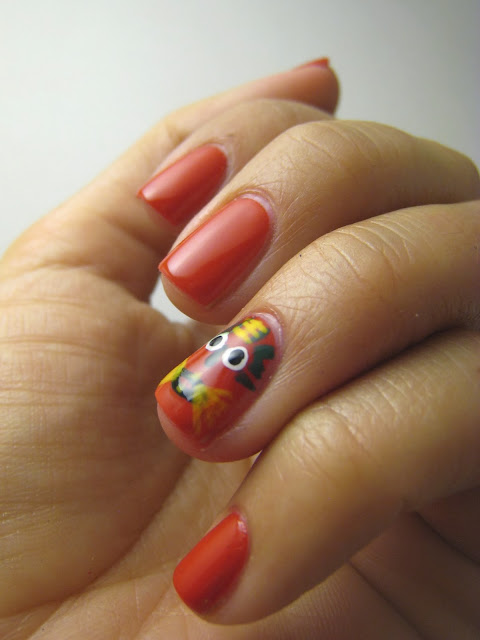 For most of the details, I used the Color Club Art Club striper polishes that I swatched way back when Arden and I were first starting the blog! 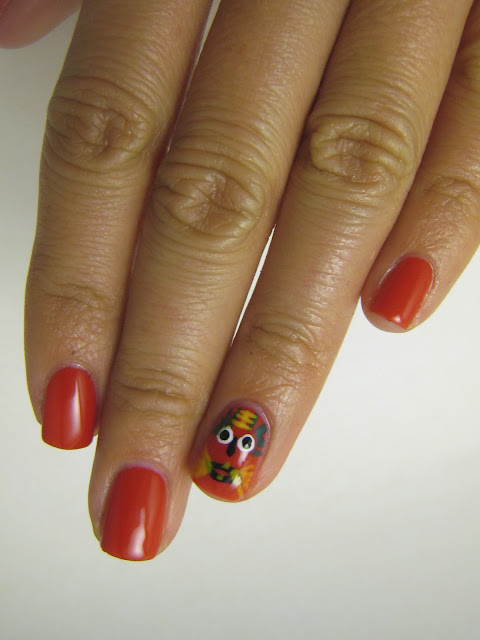 I used wood nails and a dotting tool to make the eyes, but everything else was freehanded using the striper polishes.  It doesn't really look like a tiger so much as it looks like the craziest, weirdest, scariest face in the world. 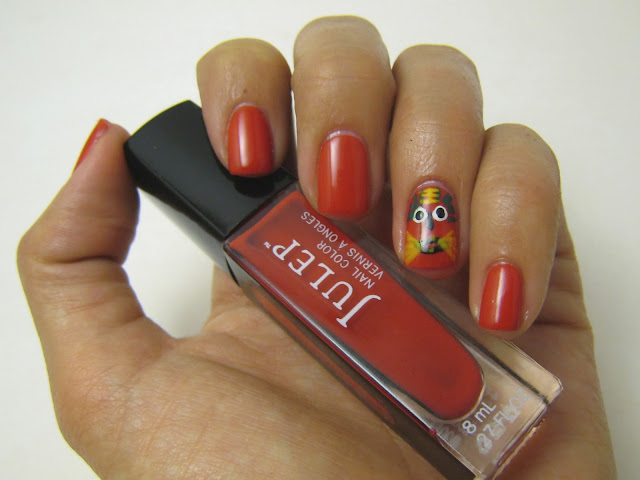 Ugh, guys, can I just reiterate how much I love, love, love Jackie (the red base polish?) it just makes me the happiest. 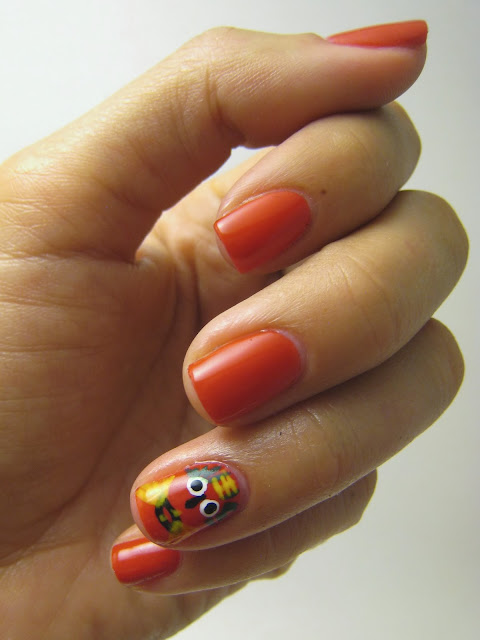 Anyway, check out all the other cool "Chinese nails" manicures dreamed up by the rest of the Crumpet's Nail Tarts group!