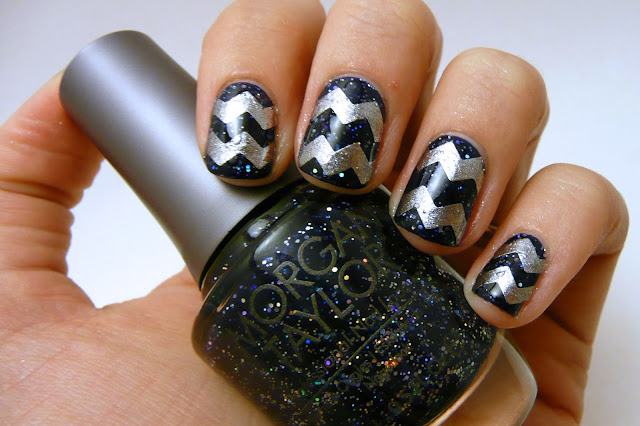 Arden: Hey everyone!  Today's assignment in the 33 Day Challenge is to make chevron nails.  I was pretty pumped about this one, because I love chevrons and I've always wanted to try to figure out how to do them on my nails.

I think there are a lot of different ways to do chevron nails: stamping, using special stickers, cutting tape with pinking shears, but I decided to use the method where you basically make your own chevron nail polish decals.  Lisl's done a lot with DIY nail decals in the past (see her Easter egg nails and fruit nails) but I'd never done them before!  For those following at home, I used the method detailed in this video.

I started by painting a large swatch of Julep Missy on a Ziploc and letting it dry overnight. 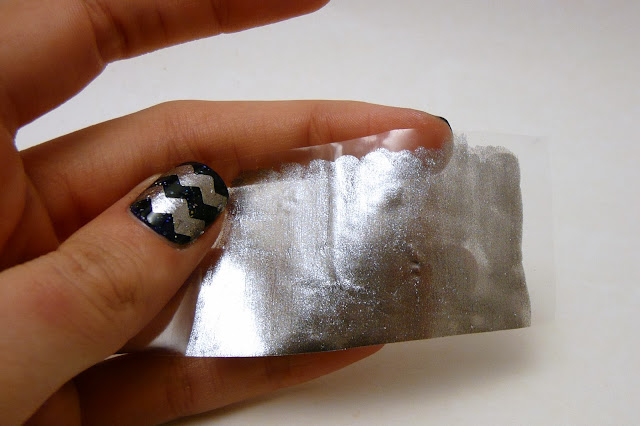 Then today, I applied my base color: my new Morgan Taylor Under the Stars.  I'd seen this shade on Pinterest and fell in love with it and was so excited when I found out that one of the local beauty supply stores in town stocks Morgan Taylor!  A word to the wise: the application of this polish was a hot mess.  The thin navy jelly polish and thick holographic glitter don't mix super well.  I used three coats and eventually felt like it was pretty even.  But even with two coats of top coat, the glitter in the polish was still pretty bumpy. 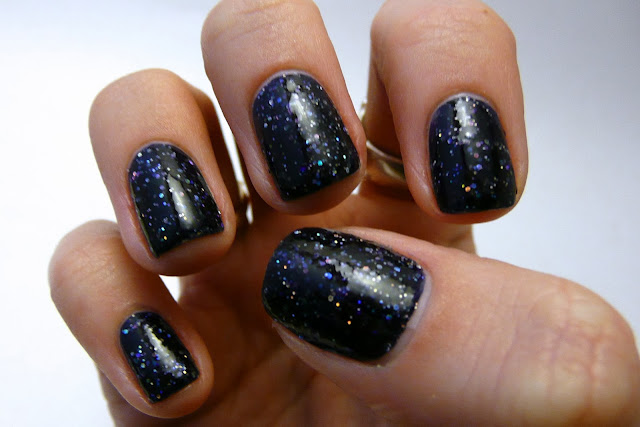 I then turned my attention to creating the silver chevrons and cut strips out of my Ziploc using pinking shears.  (I'd tried making chevron by just cutting pieces of tape in chevron stripes using the pinking shears and trying to paint over them, and I found it really hard to get the polish to leave straight chevron lines.  My attempts were always really messy.)

I left the Ziploc backing on when I cut the chevrons because I didn't want the polish to fall apart.  The hardest part was making the second cut line up with the first one (I had some that didn't line up and weren't perfect chevrons).  But eventually I ended up with a bunch of strips that looked like this: 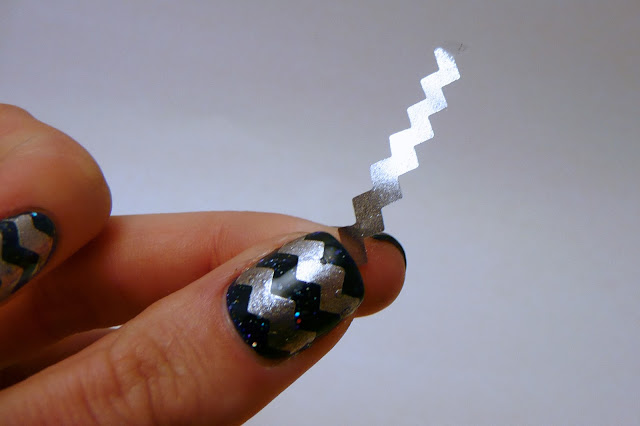 Then I peeled off the Ziploc backing and stuck each strip to my nail.  They stuck fairly well-- you could easily reposition them, but it would take some vigorous hand waving for them to fall off completely. 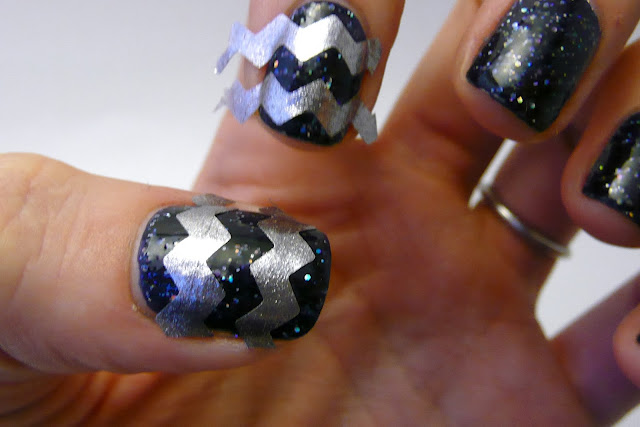 After they were all in place, I trimmed the edges of each one and applied two coats of Essie Good to Go on top.  I then cleaned up the edges using a small brush dipped in acetone and voila!  Galactic silver chevron nails! 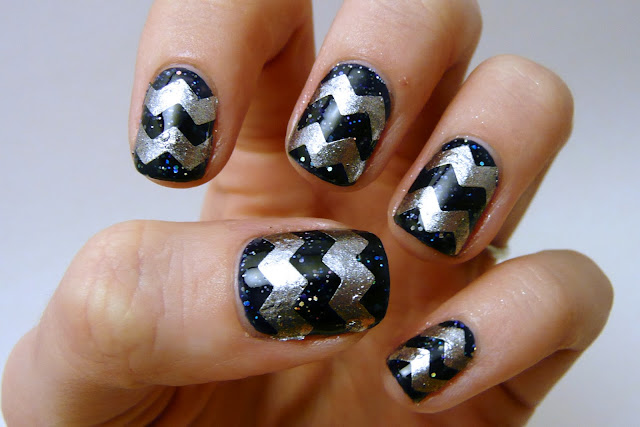 As I'm sure you gathered from all of those instructions, these weren't the easiest nail art I've ever done, but they were actually pretty fun!  And being able to split the steps up across two days made it seem like not too much of a chore.  Plus, the results are awesome! 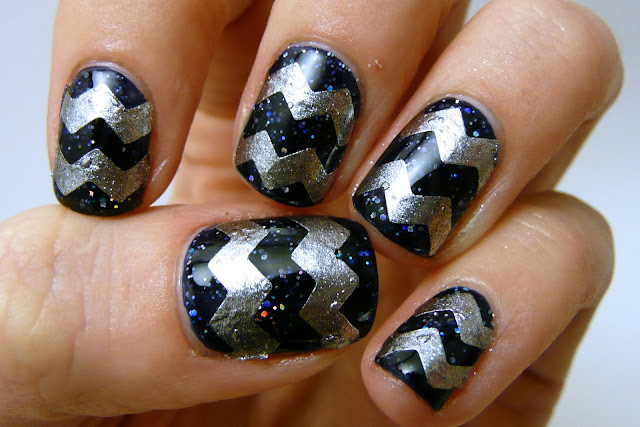 The one problem I encountered with these chevron technique is that my silver chevrons developed some bubbles after I applied the top coat.  I imagine this is because the stripes weren't 100% pressed down flush against the base color when I added the top coat to seal them in.  I think it's probably just really noticeable with these nails because the stripes are metallic (and every little imperfection shows with silver polish), but it could be a problem in general with the decal process.  I'll have to try it again using a creme polish and report back. 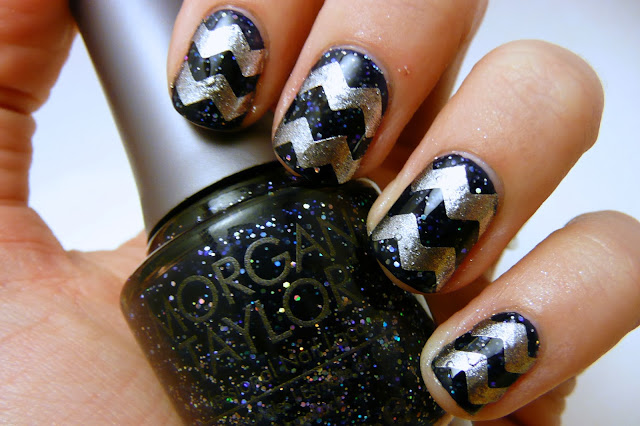 They're not perfect, but I'm pretty pleased with my first attempt at chevron nails.  What do you think?  Do you recommend a different chevron technique?  Let me know!

And as always, check out everyone else's entries below!