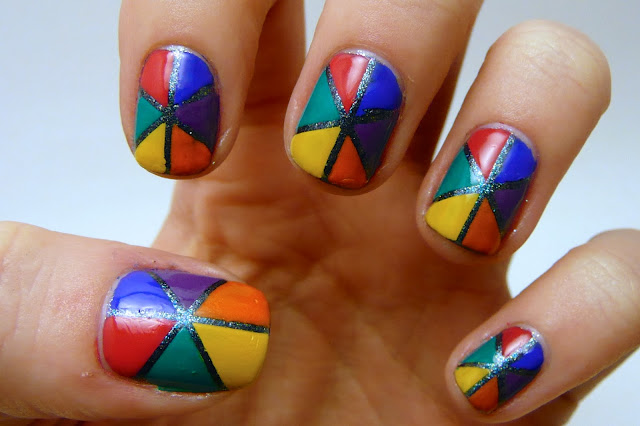 Arden: Hey everyone!  Today's prompt in the 33 day challenge was to "create artwork using your oldest untried polish."  I looked through my collection, and it turns out I really don't have that many polishes that I've never tried.  I tend to try new polishes out as soon as I get them!  So I ended up going with a couple polishes I've barely ever used: Julep Marjorie (shimmery orange) and Julep Drew (hot pink).  I had only ever used Marjorie before to make the center dots in these flower nails, and I know I'd tried out Drew before, but don't think I'd ever done any nail art using it.

I decided for this challenge I would finally do a pattern I'd been itching to try for a while: nails that look like Trivial Pursuit pieces!  I got the idea from this post I found on Pinterest; the original blogger didn't reference Trivial Pursuit, but that was the first thing I thought of when I saw that design! 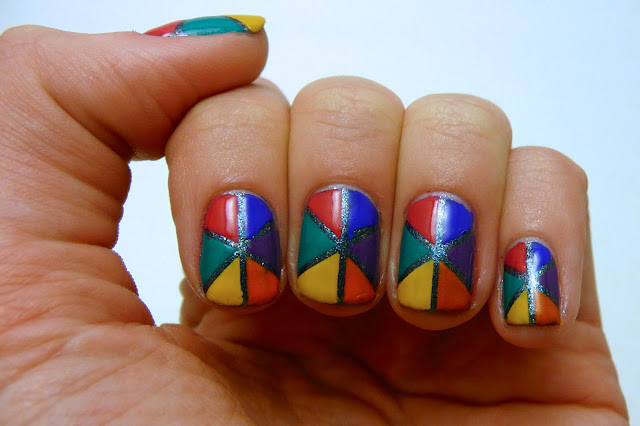 Full disclosure: I decided to emulate the newer Trivial Pursuit pieces that have replaced the brown piece with a purple wedge, because purple is much prettier than brown. I hope this doesn't anger any hardcore Trivial Pursuit enthusiasts!

I started with a base coat, then painted on two coats of OPI On Her Majesty's Secret Service.  I then used three pieces of striping tape per nail to create the 6-wedge design of a Trivial Pursuit playing token. 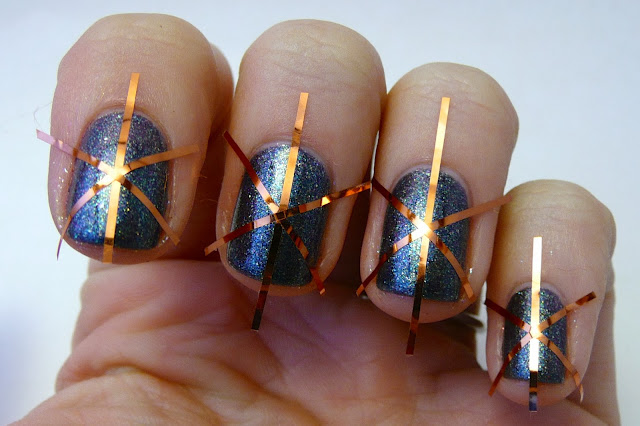 I then painted each wedge a different color.  I just used the regular brush from the polish bottle, but it did require me to be super careful (especially on my pinkies) so you might prefer to use a smaller brush to paint on your wedges. 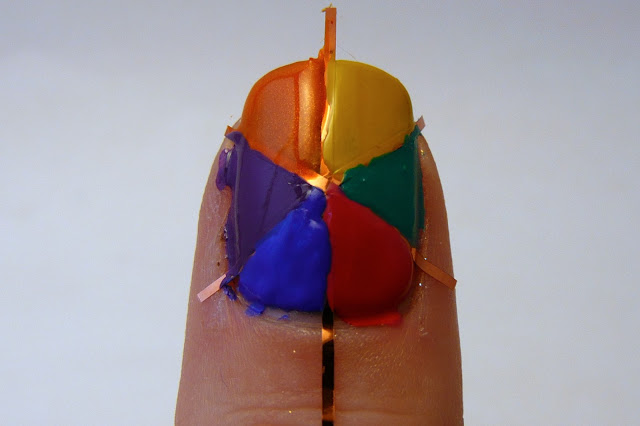 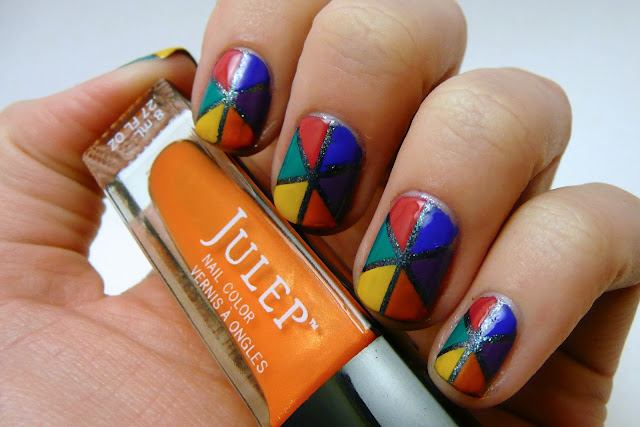 I then carefully peeled the tape off using tweezers and added a top coat of Essie Good as Gold.  I was a little worried I might have some issues with streaking, but no problems this time.  (Maybe I just waited long enough for the polishes to dry). 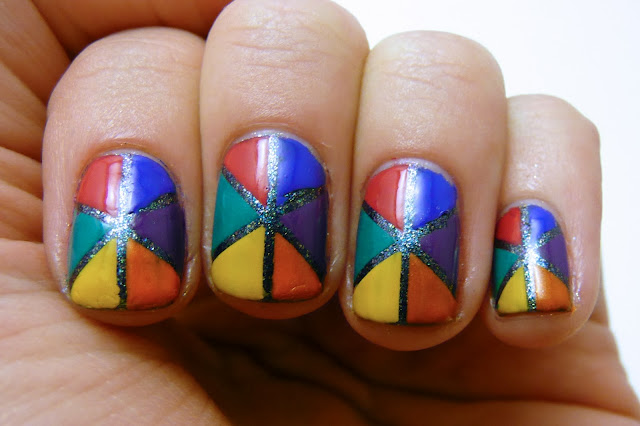 As you can tell above, I had some trouble with the polishes applying evenly.  The top coat helped some with that, but I still think the orange and yellow wedges are a little messy (especially on my first two fingers; I think I must've gotten better at it as I went along). 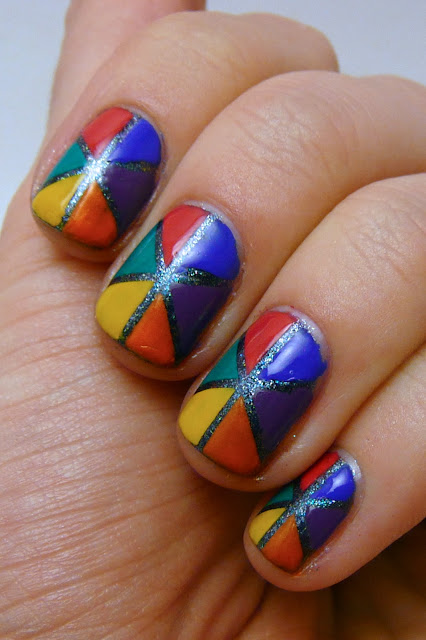 I wasn't sure how the Trivial Pursuit design would look over the sparkly base of Her Majesty's Secret Service, but I think it turned out ok!  A solid color might've looked more crisp, but I feel like the colors of all of the wedges pop more against the sparkly background.

Overall I was pretty pleased with this rainbow wheel manicure design!  Let me know what you think in the comments, and as always, check out all the other entries in today's challenge below!