As Seen on Pinterest: Fish Scale and/or Mermaid Nails 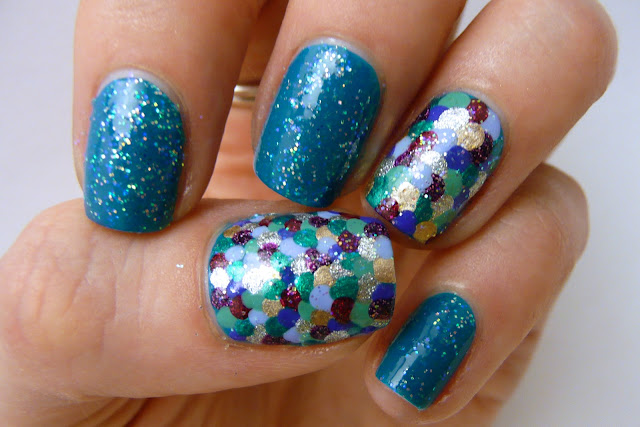 Arden here: Today I tried something I've seen a couple of times on Pinterest, a nail design that looks like fish or mermaid scales.  This is one of the favorite ones I've seen:


I decided I'd try to model my fish scale nails after the most famous literary fish scales of them all-- yes, that's right, I'm talking about The Rainbow Fish.

I started by applying on two coats of Maybelline Color Show Shocking Seas.

Then I took A BUNCH of colors and dotted on colorful scales! 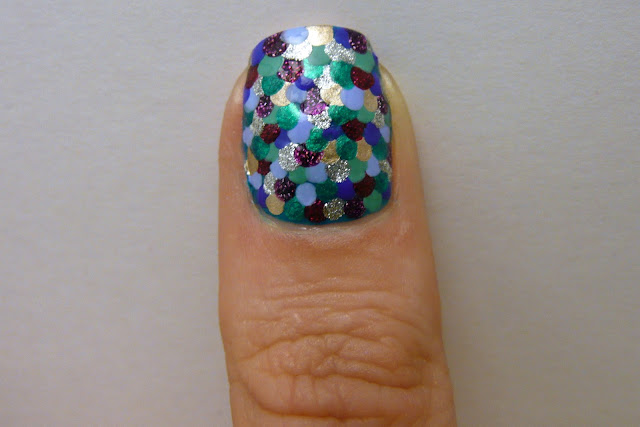 This was actually a HUGE pain-- I think my dots were wayyy too small and took forever. In the future, I will definitely make larger dots.  I think if they'd been bigger it would've been easier to make sure that each row overlapped the one below it, which would've made the pattern more obviously scales, and not just tons of dots.

I'd initially planned to do all my nails with Rainbow Fish scales, but they were so time-intensive that I ended up just dotting scales on my thumb and ring finger.

I finished off my nails with a coat of Revlon Snowflurries. 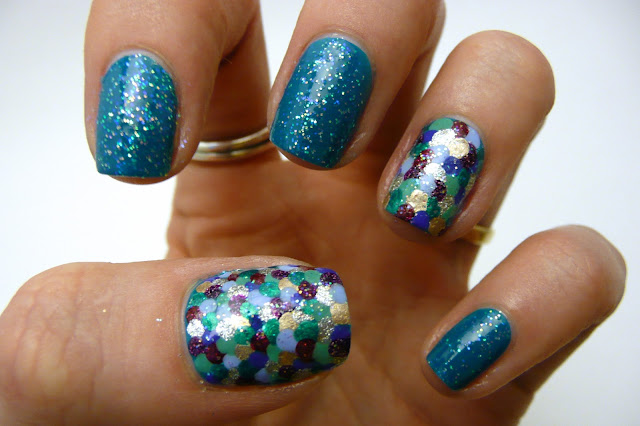 These were really fun and mermaid-y, but weren't as great as I'd hoped.  Maybe because they were so hard to do?  I don't know.  I'm definitely open to trying them again with larger dots, maybe that would make them better.  I'll keep you posted!