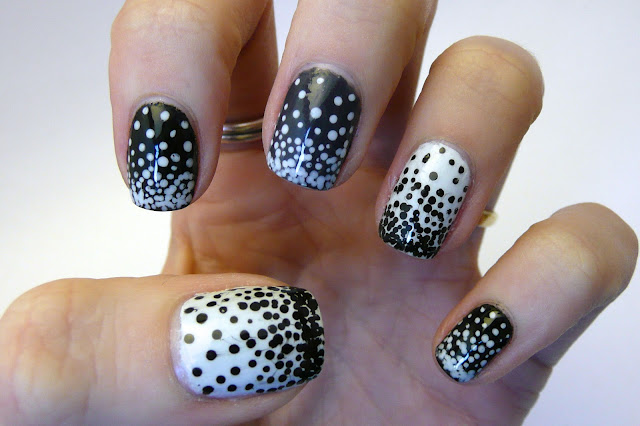 Arden: Hi everyone!  Greetings from Florida!  Today I'm sharing a manicure I did a few weeks ago.  I kept running across this style of dotted nails again and again on Pinterest, so I finally decided to try it.  Here's a picture of the original, from Quite Polished: 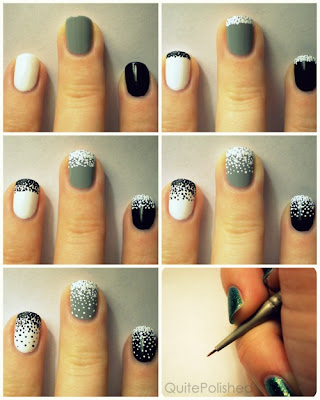 Super pretty, right?  Apparently, this technique is called a "stippling gradient."  Who knew?  (Until I actually read the post on Quite Polished, I was calling them "scatter plot nails.")

I started by painting my nails with two coats of a white, black, and grey polish. 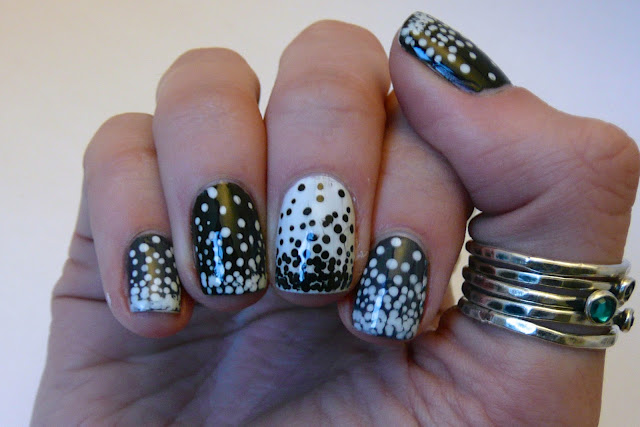 Now, I don't have a cool teeny tiny dotting brush like the one pictured in the Pinterest image, so I made do with what I have and used a small wall nail instead.  I used the black and white polishes to make the dots.  (Was originally gonna use the grey as well, but ultimately decided I liked how the black looked against the white background better.) 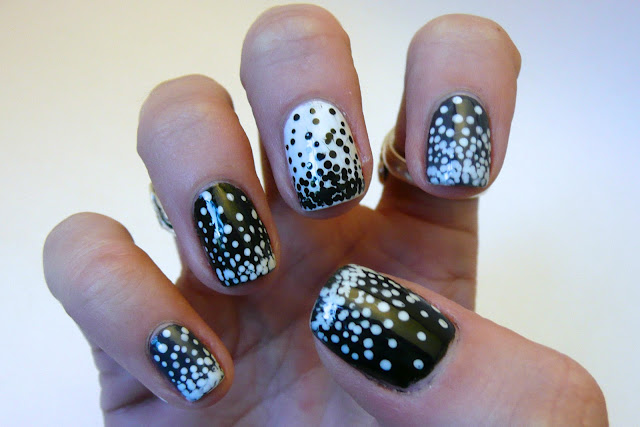 I made the dots just how it's shown in the original image: did a few rows of really super close dots, then another section of further apart dots, and finally a section of sparse dots.  (Yes, sections 2 & 3 kinda run together.  Sue me.)

I kinda feel like I had mixed results with this technique.  On the one hand, most of the white dots on grey and black look pretty good.  It was the black dots on white that really took a hit.  Part of the problem was my black nail polish kept drying really quickly, so it got stringy and those strings show up against the white polish.  The original poster used acrylic paint instead of nail polish to make her dots-- maybe that works better?  Does anyone have any experience using acrylic paint in manicures?  It's also possible that it works better if you have an actual dotting tool or small brush, instead of a makeshift household object. 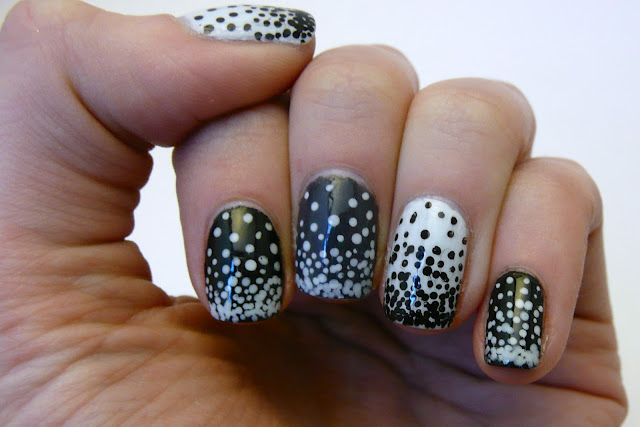 Overall, I really like this design.  I loved how it felt like this manicure could go with anything.  I'd be willing to try it again if I could solve the nail polish stringy-ness issue.  Anyone got any ideas?  Hit me up in the comments!
Posted by Arden at 2:00 PM